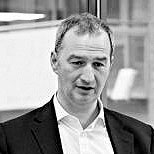 Greg Rosen’s advice draws on his deep and diverse knowledge and experience of policy, political history, the media and the institutions of government. Green energy is a driving motivation: he has provided strategic counsel to CEOs and boards across a range of sectors but founding SEC Newgate’s energy practice has been a clear passion. He’s led successful campaigns for clients to amend the Energy Acts 2013 and 2016, and to secure the 2020 commitment from the government to allow onshore wind to be “built back better”. Rosen joined SEC Newgate after spells as a senior strategist in Whitehall and then as head of media strategy for the mayor of London’s London Development Agency during the 2012 London Olympic bid. Having published three books on British politics, he was a political columnist for The Scotsman and more recently he has written for The Spectator, The Guardian and New Statesman. A former vice- chair of the Fabian Society, and visiting fellow at Goldsmiths, he was consultant director at think tank Reform between 2009-19.