For Bill Cash, trade is the policy area where the UK can most significantly, and successfully, depart from the Brussels bureaucratic model. 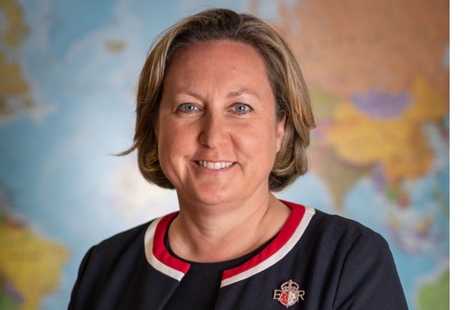 The new Secretary of State for International Trade, Anne-Marie Trevelyan, will soon discover that one of her biggest challenges –  as it was for her predecessor – will be to resist the lobbying of pro-EU special interest groups based in London.

I speak not of those who wish to rejoin the EU. Rather, of the NGOs and officials lobbying the Trade Department who want to recreate the EU regulatory model in London. This is a stealth campaign, and if the trade benefits of Brexit are to be realised, then Ms Trevelyan will need to stand firm against it.

The effort to capture Ms Trevelyan has already begun: the green NGO WWF has demanded that new EU-style regulations should be applied to the government’s Environment Bill (amendments have been proposed by Labour MPs and some Conservative backbenchers). Some UK supermarkets and large firms are asking the new SoS to align the UK with the EU’s Due Diligence regulations – some inside government, mostly in Defra, also support this EU alignment. Giving in to these demands would undo much of the good work made in recent years.

Keeping the barriers away

Trevelyan’s predecessor Liz Truss and former foreign secretary Dominic Raab (whose job Truss has now inherited) have built a trade and economic strategy that is deliberately distinct from the EU. It is focused not on over-regulation or lecturing other countries, as Brussels is prone to do. Instead, it prioritises opening markets, respecting sovereignty, building economic and trading ties, and not imposing protectionist barriers that are beloved by green NGOs and their allies.

The UK has made significant progress with the fast-growing economies of the world – India, Indonesia and Malaysia to name just a few – precisely because of this new and more open approach.

This strategy deserves to be continued by Truss in her new role at FCDO and, especially, by Trevelyan at the Department for International Trade – for two main reasons. First, it is right in principle; second, it is already showing impressive results.

The principles are simple: the UK is an open trading nation, with globally-recognised companies and products that can reach into new markets all around the globe. This can only happen if we, in turn, choose openness and do not tie up our trading partners in red tape. The EU has taken the red-tape approach, and it has failed. Why on earth would we want to copy it?

This brings us to the success of the recent Truss-Raab strategy. An open approach to India has led to advanced negotiations on an initial trade deal that could be completed as soon as December this year. A full trade deal will be kicked off in 2022. In contrast, the EU has made precisely zero headway with India.

In Indonesia – the world’s fourth biggest market in terms of population – the EU has been stuck at an impasse for over four years due to Brussels over-regulation that discriminates against Indonesian exports, primarily palm oil. The UK’s trade strategy has already produced a Joint Trade Review with Jakarta that is almost complete, and full negotiations could follow.

The Due Diligence approach chosen by the UK Government – a legality standard that respects the sovereignty of our trading partners – is a big part of this success. Authorities in Indonesia and elsewhere have consistently cited this legislative approach – contained within the Environment Bill – as a positive differentiator compared to Brussels. If the current proposals – which are so well-received around the world – are kept, it will be a genuine world-first. No other Western nation has such a comprehensive Due Diligence regulation that both tackles illegal deforestation and also respects the sovereignty of trading partners. Experts agree. The environmental writer Pierre Bois d’Enghien explains: “The current approach by the Boris Johnson government on Due Diligence is sensible: protecting the environment, strengthening the tools to combat climate change and supporting the UN Sustainable Development Goals”.

Trevelyan seems to be a good fit for the trade department – a pro-trade and pro-Brexit minister with an international track-record (she previously served as secretary of state for international development). She will surely recognise the opportunity: trade is the policy area where the UK can most significantly, and successfully, depart from the Brussels bureaucratic model. To achieve this she will first, and immediately, need to face down those who want to reimpose those EU frontiers right here in Westminster.