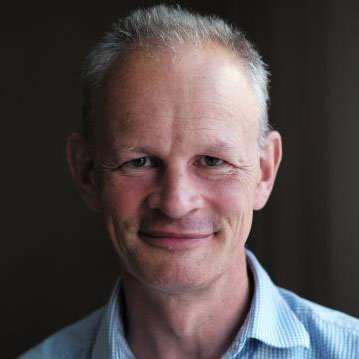 Rob Williams is CEO of War Child, the charity founded in 1993 by two film-makers (David Wilson and Bill Leeson) after witnessing the Yugoslav wars’ impact on children. War Child runs schools in refugee camps, levers child soldiers out of militia groups and provides psycho-social support to tens of thousands of children a year. For Williams, it’s the people skills that are the most vital for him in succeeding as CEO – and he has certainly been effective: over nine years, he has overseen a huge growth both in income and in the number of children and families helped by tens of thousands, now over 123,000. Williams’ career has largely been spent in the aid sector; he worked with teams to respond to the Rwanda genocide, the Angolan civil war, Afghanistan, Sudan and now the Syria conflict. He has also worked with the charities Concern Worldwide, Save the Children and the British Red Cross and served as a trustee of UNICEF. Williams was CEO of the Children’s Commission for England and Deputy Children’s Commissioner and has been CEO of the Fatherhood Institute (a think tank on the changing role of fatherhood, families and children). War Child has a long-standing partnership with video game Football Manager, which has raised £1.5 million. In June 2021, the two teamed up with TikTok in a campaign called #WearItForWarChild.