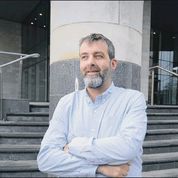 FTSE 100 multinational Flutter Entertainment was formed in 2016 after the merger of Paddy Power and Betfair; it now owns SkyBet too. An Irish company, it operates across the UK, US, Italy and Australia, as well as online. Ian Proctor is its executive chair and has, since 2020, been responsible for coordinating a major project to review the company’s Safer Gambling initiatives along with its contribution to the Gambling Commission’s Review of the 2005 Gambling Act and engagement with key stakeholders. Proctor has said that being an industry leader comes with a responsibility and has advocated for a proactive approach to drive the “right change” and the most “impactful approach to player protection”. In February 2021, Proctor announced Flutter’s new Affordability Triple-Step framework, reflecting the company’s belief that affordability is a key part of preventing gambling related harm. As part of this work, Flutter has introduced a credit card ban, a whistle-to-whistle advertising ban and increased funding to improve customer protections across Ireland.