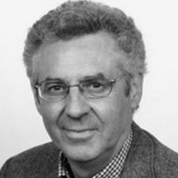 Bill Moyes has been chair of the Gambling Commission since 2016. The Gambling Commission, a government body that licenses, regulates, advises and provides guidance to the individuals and businesses that offer gambling – including the National Lottery. A major focus of the Commission has been a major and wide-ranging review into laws governing the sector to ensure they are fit for the digital age, which was launched by the government in December 2020. It encompasses the contributions of charities and industry players. Suitably, Moyes has a wealth of experience across the public, private and voluntary sectors. He has previously held positions as director general and executive director of British Retail Consortium, and held non-executive directorships with the Legal Services Board, the Priory Hospital Group and the Office of Fair Trading. His earlier career was in government and the banking industry.