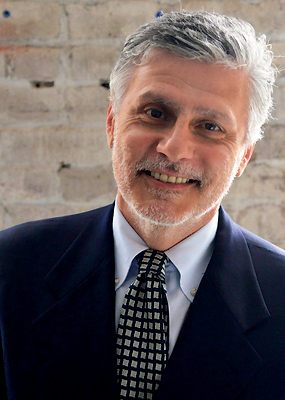 Lucio Miranda is an Italian-born entrepreneur living in New York City. He is the president of ExportUSA, a US-based consulting firm supporting EU small- and medium-sized Enterprises, selling and investing in the US. He founded  Export USA with Muriel Nussbaumer in 2003, initially focusing on logistics. Miranda has been in business for over 25 years, providing 360° strategic solutions for more than a thousand companies that are now fully operational in the US market. Proactive and sometimes provocative, Lucio Miranda has become an influencer for many stakeholders and policymakers, who seek to deepen their knowledge on how the US market functions. In 2018, after identifying a need for more nuanced discussion between EU and US trade experts, Miranda decided to incorporate an office in Brussels – to start collaborating at the EU level and to develop high-level strategies aimed at fostering the Euro-Atlantic trade dialogue.

Earlier in his career, Lucio Miranda worked for Alitalia Airlines. From 1990 to 1996 he held various sales, marketing, and finance positions in France, Korea, Japan, Brazil and the United States. Before moving to New York City in 1993, he also worked as an FX dealer for JP Morgan bank in Milan. In 1996 he founded TravelWave, a startup designed to sell last-minute airline tickets. He also developed one of the very first global e-commerce websites (coppi.net) which offered professional-level bike frames online, targeted for the US Market.

Miranda holds a degree in business and economics from Luigi Bocconi University in Milan. He also holds a master’s degree in marketing and finance from NYU’s Leonard N. Stern School of Business. He has been appointed as the Italian Representative to the Italy-America Chamber of Commerce in New York. Miranda’s goals for the next ten years include increasing Export USA’s promotional activities, broadening the range of services offered and increasing efficiency.