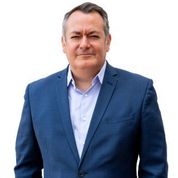 Off the back of his success as CEO of UKMusic, Michael Dugher was hired as CEO of the Betting and Gaming Council (BGC) in February 2020. He instantly committed the BGC to helping the industry make “big changes” by constructing a “race to the top on industry standards”; indeed, under Dugher’s lead, the Council has made significant strides. The last 12 months have seen it announce five key policy commitments and develop numerous successful campaigns and initiatives aimed at promoting safer gambling such as the Bet Regret Campaign and Safer Gambling Week. In May 2021, the BGC announced a partnership with the International Betting Integrity Association to promote sporting integrity. The BGC was only established in 2019, but already represents over 90% of retail betting shops, online betting and gaming operators, casinos and bingo operators. Dugher is a former Labour MP who held several senior positions in the shadow cabinet between 2011 and 2016. He had previously worked as a SPAD and as chief political spokesman for prime minister Gordon Brown. He’s been described as “personable and persuasive” and praised for his representation of stakeholders “in a critical year”.