The Scottish draft Bill on gender recognition throws up uncertainties and would weaken women’s sex-based rights in the UK. Political dialogue is urgently needed 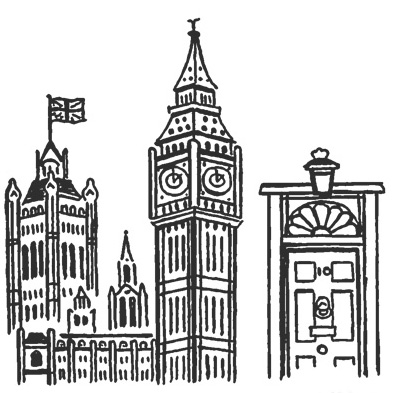 When the Labour government retained equal opportunities as a reserved power in the Scotland Act 1998, I was opposition constitutional affairs spokesman. I supported this on the grounds that the “imposition of draconian anti-discrimination laws has to be handled with great care, because it is all too easy to substitute one type of intolerance of minorities for another”. Holyrood, the Scottish parliament, now threatens to undermine this principle. The draft Gender Recognition Reform (Scotland) Bill would weaken women’s sex-based rights across the UK.

Devolved powers are legislative powers that the UK Parliament controlled in the past, but are now devolved to the legislatures in Scotland, Northern Ireland and Wales. These include matters such as education and health. Reserved powers, as specified in the Scotland Act, for example, remain exclusively with the UK Parliament in Westminster.

Human rights are a devolved competence. The powers to pass a gender recognition act are therefore notionally devolved, but apply only if such an act does not impact on the reserved powers. UK citizens currently have their legal sex status recorded on their birth certificate. The only way to change their recorded sex is to obtain a Gender Recognition Certificate (GRC). The sex recorded on the GRC, with a few exceptions,
is a person’s sex for ‘all purposes under the law’. Eligibility to apply for a GRC is strictly controlled by the UK-wide Gender Recognition Act 2004.

Applicants must provide medical evidence of a diagnosis of gender dysphoria, and proof of living in their acquired gender for two years. In 2018, the UK Government held a cross-UK consultation on the eligibility rules set out in the Gender Recognition Act. Trans rights organisations argued the rules should be scrapped to enable people to change their sex based on ‘self-declaration’. Liz Truss, then as now minister for women and equalities, announced the requirements for a person to change their legal sex would stay the same.

In Scotland, gender recognition is listed in Holyrood’s legislative programme to be introduced during this parliamentary year. The draft Scottish Bill removes the requirement for applicants to provide medical evidence of a gender dysphoria diagnosis and evidence of living in the acquired gender for two years.  This means that someone with a male body and no diagnosis for gender dysphoria can choose to become legally a woman.

UK law does not require the UK to recognise anyone from another country who has reassigned their gender as that gender. If an individual born outside the UK has changed their legal sex status in another country, they must obtain a UK GRC for their acquired gender to be legally recognised in the UK.

Accepting the status of Scottish GRCs would undermine reserved functions in Westminster. The Prison Act 1952 Section 47 gives the secretary of state the power to make rules for the regulation and management of prisons. Prison Rule 12 requires that male and female prisoners should normally be kept separate, for the safety and security of women prisoners. Even now, there are serious concerns that HM Prison and Probation Service must locate prisoners according to their legal sex, not according to their biological sex. Women who are born male, but who have obtained a GRC, must be treated in the same way as prisoners born female.

The draft Scottish Bill would enable any Scottish-born citizen or person temporarily resident in Scotland to apply for a GRC, without the restrictions that apply in the rest of the UK. In other countries this has had profound consequences for women’s safety. In California, a man can self-identify as a woman and transfer to a women’s prison. Rapes of women by male bodied persons who have self-identified as women have occurred.

There is a strong case for urgent dialogue between Whitehall and the Scottish government, and Westminster and Holyrood, to address the uncertainties and risks of this Bill. It would be far better to resolve this by political dialogue, rather than through the courts.