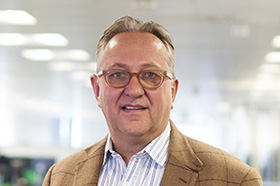 Andrew Colin is the founder, chairman and owner of INTO University Partnerships, a for-profit education provider which has developed partnerships with leading universities across three continents. Colin launched his first company in 1981 while a student at the LSE, frst selling computer courses to school children. In 1990, he founded Study Group, which became a major force in international pre-university education, with centres established throughout the United Kingdom, United States, Australia and New Zealand. In 2005, Andrew founded INTO, with the aim of bolstering internationally-focused universities to expand access and improve student mobility.