Dolitics: The food environment we live in is making us sick

The government can keep cooking up the same old obesity policies but nothing will change until the problem is tackled head-on.

“The first consideration of a minister should be the health of the people,” said Benjamin Disraeli in a speech in 1872. What could be truer today? Covid-19 has shot public health right up the government agenda. It is still shocking to think that last year Covid nearly took the prime minister’s life. As Boris Johnson emerged from intensive care and set about tackling the pandemic, he made publishing a new obesity strategy an immediate priority. “It’s all right for you thinnies,” he told his team after recognising that his own weight was likely to have been the reason why he fared so badly. The strategy – published in July 2020 – was the 14th government obesity strategy in England. 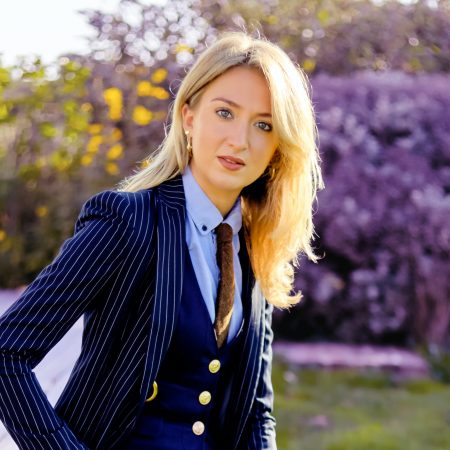 This year marks 30 years of obesity policy in England. It was in 1991 that the UK government first formally recognised that it needed to do something about the fact that so many people were getting sick and dying from diet-related diseases. Three decades and 14 obesity strategies later, and the state of the nation’s health is actually worse. How can that be? How can the government have published so many strategies containing a total of 689 obesity policies and not have seen any population-wide improvements? Well, that is precisely the question I asked myself last year when I analysed all government obesity policies to figure out the answer.

What I found, as part of my research for a PhD thesis, was that government has tended to recycle the same or similar policy ideas again and again, but proposed in a way that is unlikely to lead to them being implemented. It has also tended to propose solutions that require people to change their own behaviour without making that easy by shaping the environment around them. We know such an approach is less likely to work or be equitable. Boris Johnson’s decision to publish yet another obesity strategy even after his predecessor Theresa May had published three already was proof of the obesity policy merry-go-round. We are more likely to see government publish another strategy than to implement, monitor and evaluate the policies already proposed. I am sure as a politician it is exciting to make big announcements, but announcements don’t solve problems. Action does.

But don’t worry, it’s not all doom and gloom. Things are getting better. The more recent obesity strategies have tended to contain much higher proportions of policies which seek to make it easier for everyone to enjoy a healthy diet. They have also proposed more in a way that is likely to lead to their implementation and we are seeing that happening with recent legislation to stop the bombardment of unhealthy food advertising and the walls of sweets and snacks that surround you as you approach the supermarket checkout. The government finally appears to be realising that simply telling people to change is hard when the environment around us is so aggressively dominated by unhealthy options. Is it any wonder that the majority of adults in England now live with obesity or overweight? Or that four out of the top five risk factors for healthy years of life lost to death, disability or disease are due to poor diets? If it was easy for everyone to enjoy a healthy, delicious diet, then we wouldn’t have these kind of outcomes.

The food environment we live in is making us sick. Earlier this year the National Food Strategy, led by Henry Dimbleby, was published and contains 14 select policy proposals to start correcting this. They have been meticulously considered so the hard thinking has been done for government. Now is the time to act. The Covid pandemic has been a wake-up call. It exposed numerous problems many of us were already acutely aware of but embarrassingly demonstrated what happens when government policy fails. The opportunity the government now has to hop off the obesity policy merry-go-round and start tackling it properly is huge.

The solutions are there. The evidence of the scale of the problem is writ large. The purpose of government policy should be to solve problems. My research helped explain partly why it doesn’t do that very well: a fixation with announcements and an avoidance of checking whether they were actually followed through. Implementation and evaluation may not sound like the sexiest words in politics, but they are. The more we can celebrate them, the better – and hopefully soon we will see the policy progress we so urgently need.