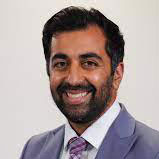 Humza Yousaf is the SNP MSP for Glasgow Pollock and health secretary in Scotland since 2021. He was formerly justice secretary from 2018. Yousaf has held a number of ministerial posts, including for external affairs, international development and transport, since joining Scottish parliament in 2011. Upon his first appointment to the Scottish government in 2012, Yousaf became the youngest minister ever, as well as the first non-white and Muslim government member. After assuming his post at the justice department, he has sought to push through a controversial hate crime bill that has been continually revised for its perceived threats to freedom of expression. Yousaf gained a substantial promotion to take on the health brief in 2021.