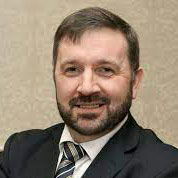 Robin Swann is minister of health in the Northern Ireland assembly and has been the Ulster Unionist Party’s (UUP) MLA for North Antrim since 2011. He served as chief whip for the UUP for five years from 2012 before becoming party leader between 2017 and 2019, after which he was succeeded by Steve Aiken. In his current post in the Department of Health, Swann has headed up Northern Ireland’s response to the coronavirus pandemic. He recently warned of further restrictions in the new year with the rise of a third wave of infections.