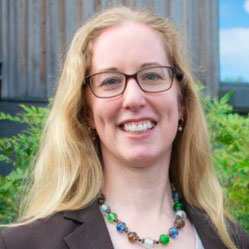 Lorna Slater has co-led the Scottish Greens alongside Patrick Harvie since their party installed them for a two-year term in 2019. Formerly an engineer in the renewables sector, Slater has been involved in politics since the 2014 referendum on Scottish independence, during which she campaigned in favour of secession from the union. Remaining a staunch supporter of independence – partly to regain Scottish membership of the EU – Slater hopes to push forward a green ‘new deal’ in Scotland following parliamentary elections in 2021, in which her party fielded an unprecedented number of female candidates in an unsuccessful attempt to overtake Scottish Labour.