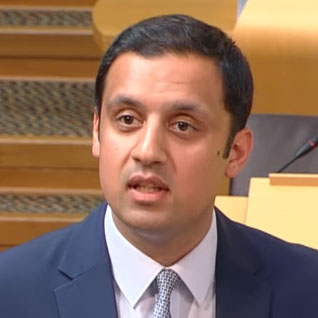 The Scottish Labour leader since 2021, Anas Sarwar has hoped to cut through to the Scottish public in a way his predecessors in the post have failed to do. An MP for Glasgow Central from 2010 to 2015, Sarwar lost his seat to the SNP during the party’s 2015 wave and entered the Scottish Parliament a year later. He was deputy leader of Scottish Labour for three years while an MP, finally gaming the top job in February 2021, succeeding Richard Leonard. The party had a disappointing but unsurprising performance at the May Scottish Parliament elections, losing two seats. Sarwar is said to be on the moderate wing of the Labour party and has called Gordon Brown one of his political heroes.