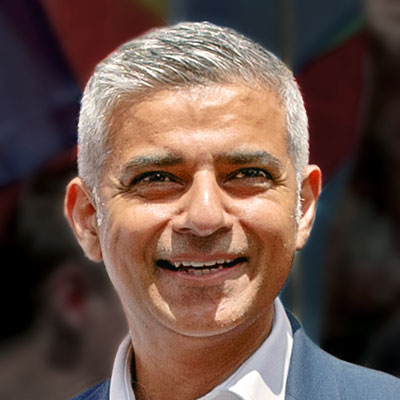 Sadiq Khan is the mayor of London, having replaced Boris Johnson in May 2016. A former human rights solicitor with a knack for a good phrase was a junior minister during Gordon Brown’s premiership, first achieving national prominence as a Remain campaign spokesperson during the 2016 EU referendum. A central figure on his party’s so-called soft left, Khan supported Owen Smith in his 2016 challenge to leader Jeremy Corbyn. Khan is also the first practising Muslim to be mayor of a major European city. Constricted by the limited powers of London’s mayoralty, Khan’s primary focus (like his predecessor) has been transport: Khan introduced the popular “hopper” fare to aid bus passengers’ multiple journeys, and notably supported the expansion of Gatwick Airport. Although initially a popular mayor with a comfortable winning margin in the 2016 contest, Khan has since been criticised for reversing his rent freeze election pledge and for failing to control London’s recent rise in knife crime. Khan survived a minor election scare in 2021, with Conservative candidate Shaun Bailey outperforming expectations to narrow Khan’s margin of victory. Khan has since favoured an expansion of the city’s Ultra Low Emissions Zones to control air pollution.