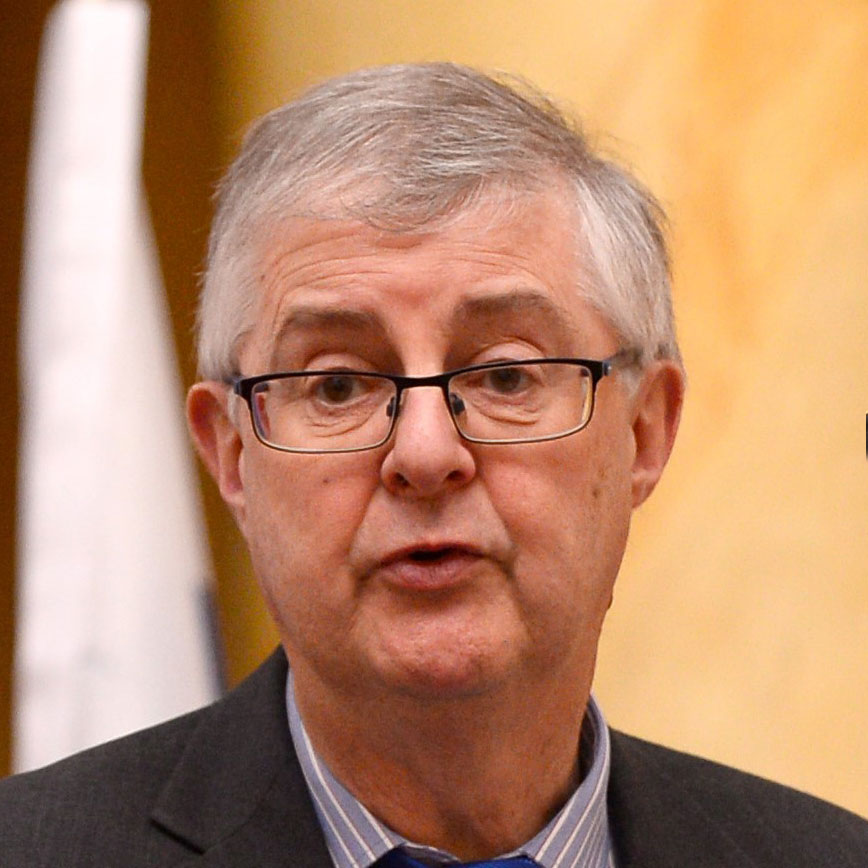 Mark Drakeford has been first minister of Wales since December 2018. Drakeford studied Latin at the University of Kent, taking an interval to work as a youth justice worker and Barnardos project leader before returning to education. Drakeford became a lecturer in applied social studies at Swansea University, then a lecturer at Cardiff University’s School of Social and Administrative Studies where he subsequently became a professor. Over this period, Drakeford also began a career in politics. He represented Pontcanna Ward on South Glamorgan County Council between 1985 and 1993, participating in the successful 1997 “Yes For Wales” campaign for devolution. Following this, he was an advisor on health and policy in the Welsh cabinet for a decade, being promoted to head of the First Minister’s Office. Drakeford was first elected as an Assembly Member for Cardiff West in 2011. Within the Assembly, Drakeford has served as chair of the health and social committee, minister for health and social services, cabinet secretary for finance and local government, and cabinet secretary for finance with responsibility for Brexit preparations. Drakeford is a member of Unite and Unison, and was an early supporter of Jeremy Corbyn’s leadership of the party. He is a solidarity member of LGBT Labour.