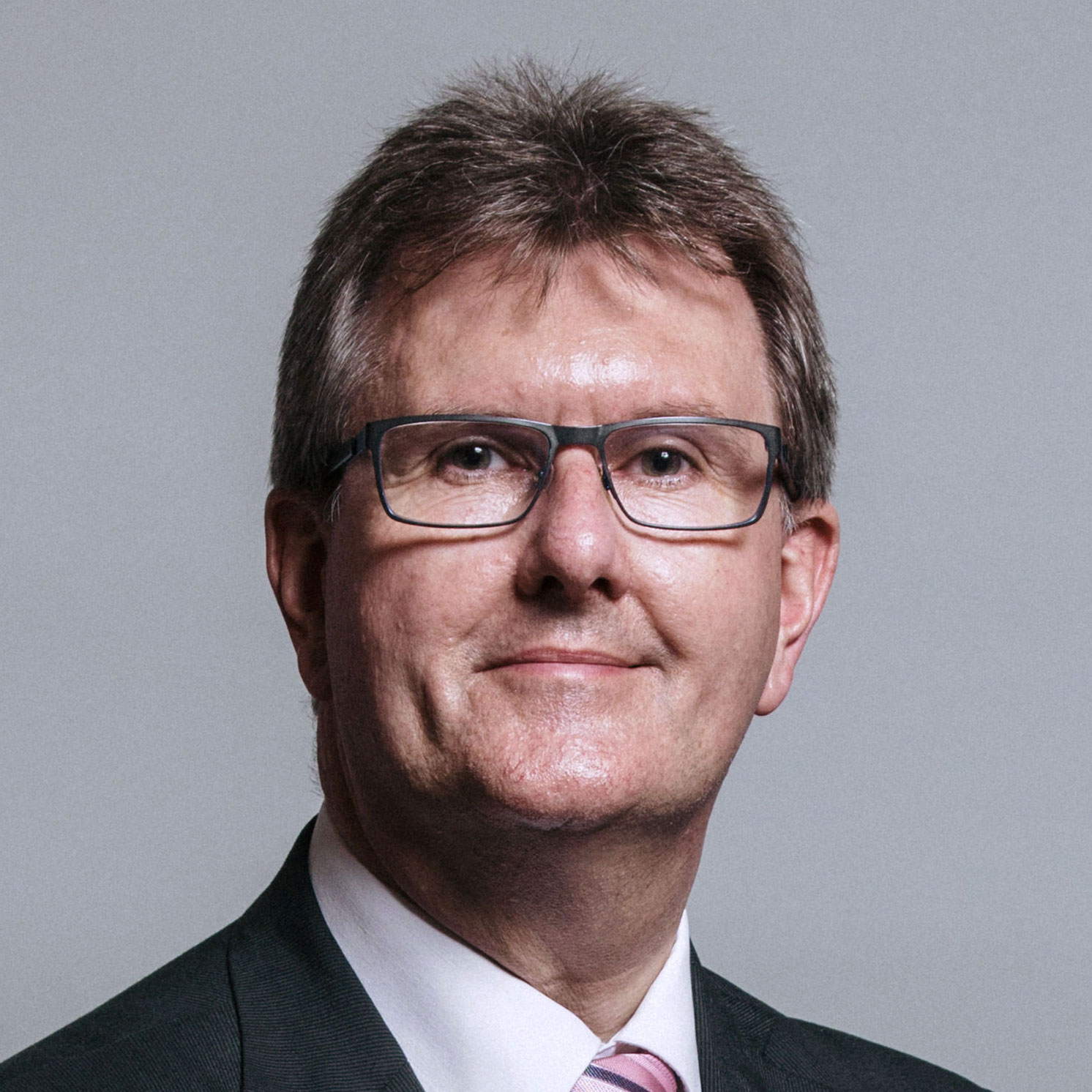 Leader of the Democratic Unionist Party in the House of Commons

Sir Jeffrey Donaldson is the leader of the DUP in the House of Commons and has been the MP for Lagan Valley since 1997. Donaldson was born in the south of County Down and was the eldest of eight children. Two of Donaldson’s cousins died during the Troubles, which shortly preceded his entry into the world of politics. He became involved with Unionism from an early age, joining the Orange Order and the Ulster Unionist Party, and working for the MP Enoch Powell. In 1985, Donaldson was elected in a by-election to represent South Down in the Northern Ireland Assembly, a short-lived body that aimed to restore devolution, and that was dissolved the following year. Ten years later, Donaldson was elected to the Northern Ireland Forum and the following year became the member of parliament for Lagan Valley. He initially took part in the negotiations that led to the Good Friday Agreement in 1998, but walked out of the talks in protest at several measures in the agreement. After months of public disagreement with the then leader of the UUP, David Trimble, Donaldson left the party in 2003 and joined the Democratic Unionist Party in early 2004. Donaldson has held several shadow spokesperson roles during his time as an MP on issues including defence, transport, trade, work and pensions and the environment. He has been the DUP’s chief whip since 2015. He has served on several committees including the Northern Ireland Affairs Committee, the Transport Committee, the Defence Committee and the Committees on Arms Export Controls. He was knighted in 2016 for political service. Since December 2019, Donaldson has served as his party’s leader in Westminster, replacing Nigel Dodds after his predecessor lost his seat. His majority currently stands at 6,499.