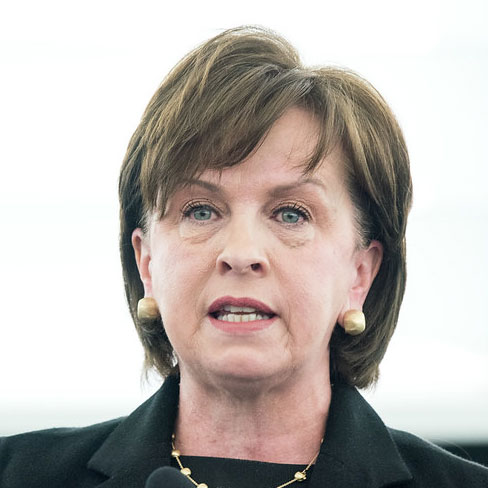 Previously the DUP MEP for Northern Ireland for eleven years, Diane Dodds now represents Upper Bann in the legislative assembly at Stormont and is the current minister for the economy. She was first elected as an MLA in 2003, representing Belfast West for four years. Alongside other economic measures to help communities deal with the coronavirus, Dodds recently launched two major financial support schemes, including £10m for newly self-employed workers. Meanwhile, she has expressed concerns over the Northern Ireland Protocol, which she suggests could mean the region is exploited as a ‘back door’ for illicit goods from the EU in the post-Brexit economy.