My Twitter feed states “Hates Waste of all Kinds” – and so I do. Whether it is time, money, water, energy or food, I live by the maxim that the earth’s resources are finite, and I do my best to husband those resources carefully. After all, for us Conservatives, there’s a clue in our name. I believe there should be more discussion about “conserving” and less about “the environment” or “climate change”. It’s an approach which would gain greater traction amongst the general public who want to know how they can play their part in the run-up to Cop26 and beyond.

Around 10 years ago, just before I became a peer, I took a good look and re-evaluated my wardrobe in the light of my new life. There’s a much-quoted statistic that most people only wear 20 per cent of the clothes in their wardrobes on a regular basis, and this was definitely true in my case. I had a good sort-out, donated a couple of bags to charity and made a commitment that I would never buy new clothing again. It’s not been hard to stick to this. From time to time, I buy clothes in charity shops. On eBay there’s a “Mother of the Bride” category through which I can source the sort of clothes I need for my baroness life, but at a fraction of the price and far more sustainably. 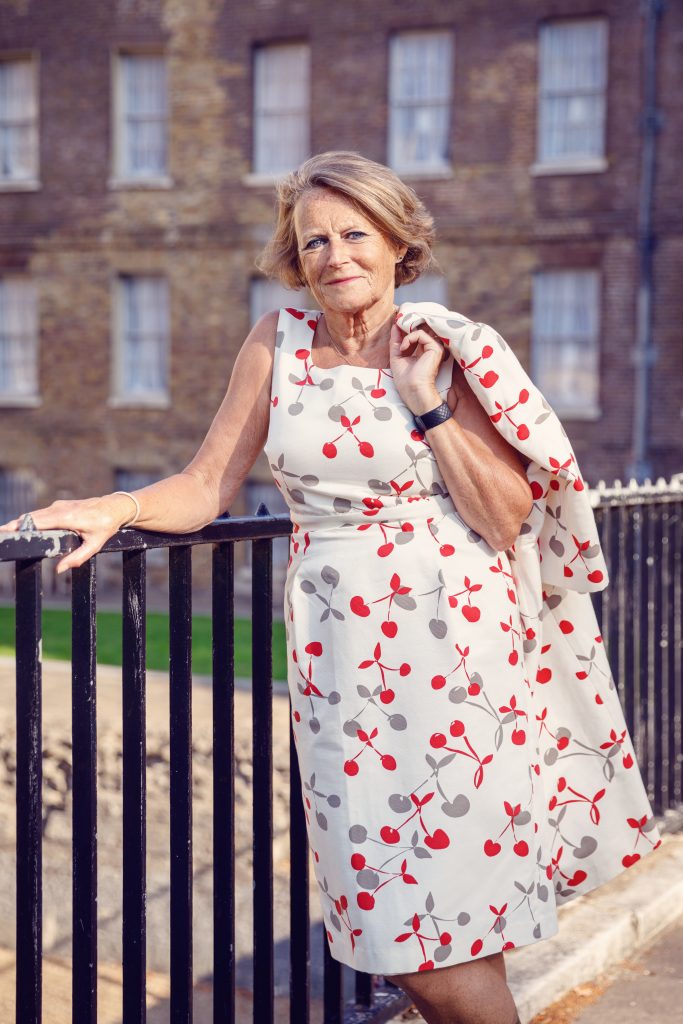 In fact, when I got married 33 years ago, I hired my wedding dress, and those of my bridesmaids, because, even then, I couldn’t bear the thought of yards of cream froufrou packaged up in the loft or hanging in a cupboard untouched. It turns out I was bang on trend: indeed, I was even a bit ahead of it.

Every year, Oxfam’s #SecondHandSeptember campaign raises awareness about the harmful effects fast fashion – clothes that are produced in high volume and at relatively low cost to the consumer – have on the planet. Consumers send 13 million items of clothing a week to landfill, and the textile industry accounts for up to 10 per cent of the world’s greenhouse gas emissions – more than international aviation and shipping combined. To help reduce emissions, Oxfam asks consumers to only buy second-hand clothes for the month of September and to donate their pre-loved items.

I supported this initiative by co-hosting a swishing party in Westminster. Swishing works like a giant clothes swap: guests bring items they no longer wear and swap with others, thereby refreshing clothing and accessories at zero cost and zero carbon footprint.

What else can be done to conserve better? I cycle in London which saves me money and usually time as well as keeping me fit. I turn the shower off to soap up and I never run the tap while cleaning my teeth. I keep the thermostat down and wear a sweater if it’s cold. After all, those of us old enough to remember the 1970s had no choice but to do that.

If food waste were a country, it would be the third largest emitter of greenhouse gases after China and America. If we stopped throwing away food in the UK it would have the same impact on our carbon footprint as taking one in four cars off the road. Potatoes are the most commonly thrown away food in the UK, with 4.4 million chucked in the bin every day. I simply don’t understand why, when they last almost forever – and definitely for months after their “best before” date? Similarly, 20 million slices of bread are wasted every day, adding up to 7.4 billion slices a year.

There is no food waste in my home. I shop with care and stick to a list. Do the same and you will save money as well as doing your bit by wasting less. The freezer is your friend. 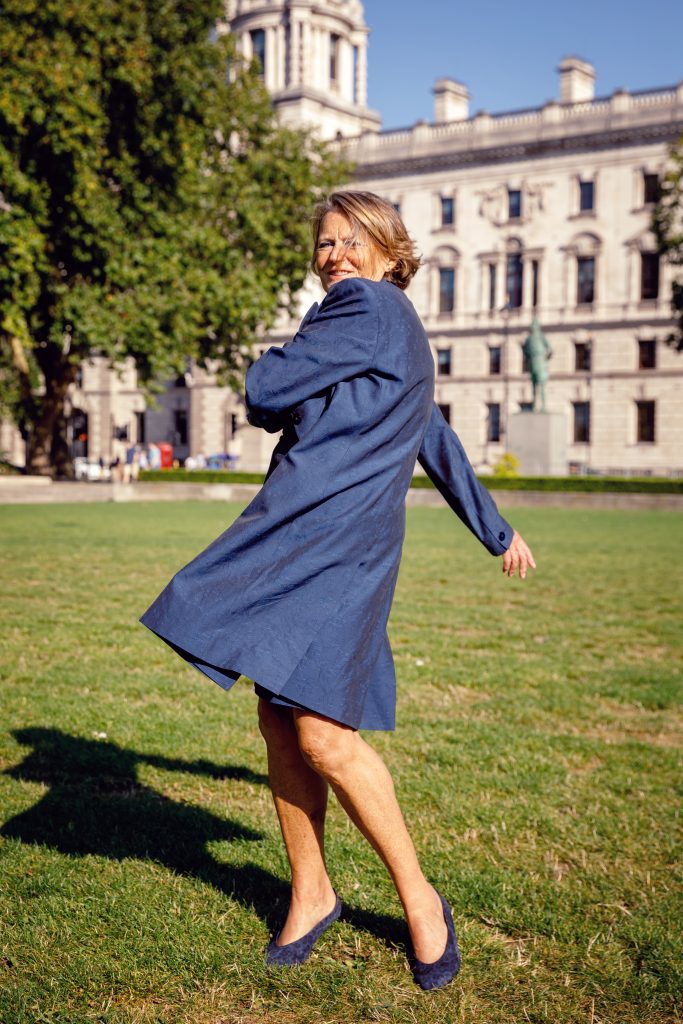 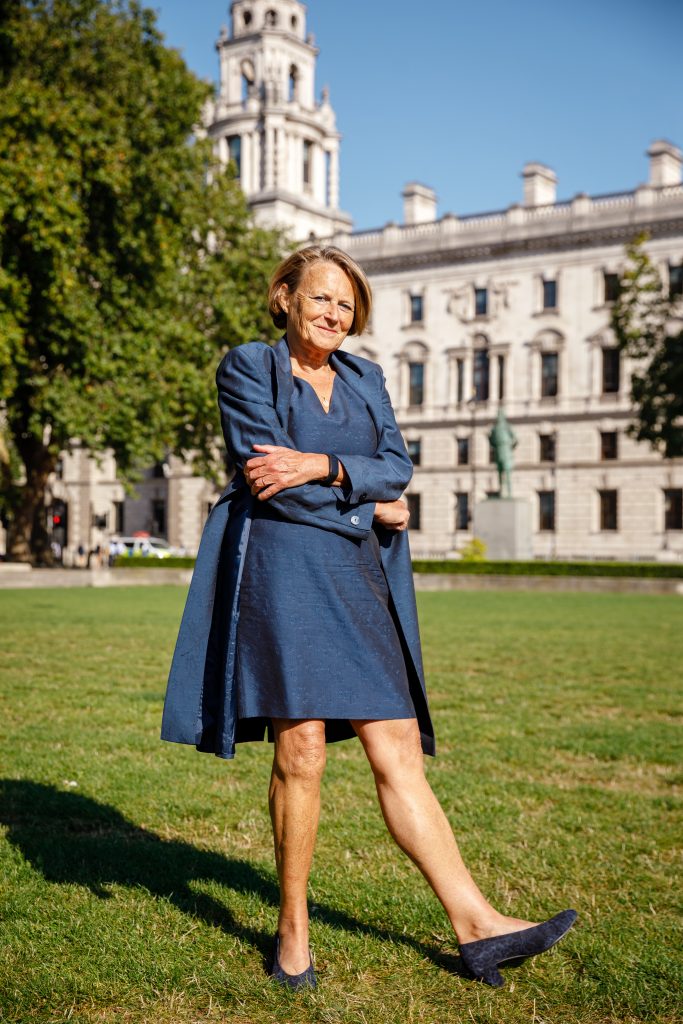 More controversially, may I encourage you to eat less meat? I haven’t found it difficult, mainly because I don’t like the taste, and even if I once did, I have persuaded myself that I no longer do! During lockdown, I cooked for six adults almost every day and I don’t think the carnivores in my family noticed the lack of meat. Meat and dairy account for around 14.5 per cent of global greenhouse gas emissions and the evidence suggests that cutting down on both is good for your health as well as the planet.

Because of the climate impact of dairy, I soak my overnight oats in some form of plant milk. However, I’ve become increasingly aware of the environmental impact of almond milk (water) and soya (with rain forests being cut down to grow soy, not to feed indigenous people, but to export to the western world and feed to our livestock). With this in mind, I am delighted to have found a new product: one which has a quarter of the climate footprint of regular milk, is twice as land efficient as growing oats, and uses 56 times less water than almonds. Yes, potato milk provides a good use for those old spuds at the bottom of your vegetable drawer.