Disability History Month has brought out my inner Hospitaller 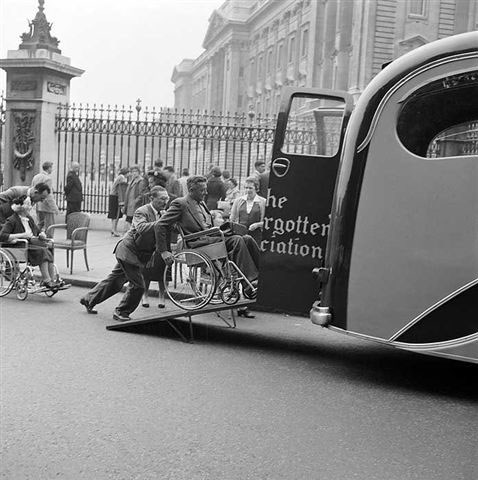 Man in wheelchair for the Not Forgotten Association

Whilst we applaud the genius of medical science, don't think 'special care' is a modern invention. The roots of free hospital care go back centuries, says William Cash

I like to listen to listen to Classic FM whilst mulling over the day ahead during a dawn bath. But I have to confess I do switch off when – and it’s usually around 6.45 am – the presenter starts trying to engage me in the fact that it’s some  ‘Awareness Day’, or ‘Awareness Month’.

Examples of November highlights in the ‘awareness calendar’ include  the ‘Veg Pledge Challenge’ and ‘National Novel Writing Month’, during which participants are ‘challenged’ to write a 50,000 word first draft of a novel. Will this global effort produce the next Balzac or Dickens? I’m inclined to doubt it. Did it ruin my morning bath ? Most certainly.

But I am now going to admit I’ve spent the morning at my ancient home of Upton Cressett – closed to the public for tours all visitor season due to the pandemic,  and now even closed for holiday lets  – putting up posters to celebrate Disabled History Month. It launched on Friday and runs until Dec 18th. 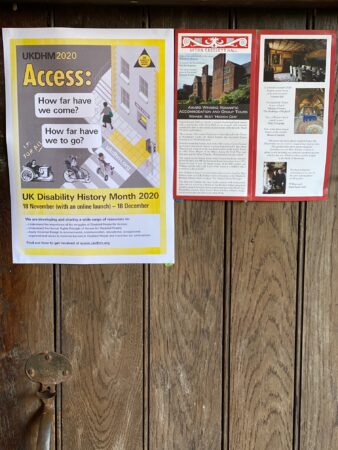 Nobody can claim our medieval house has ever been an ‘inclusive’ tour experience. Our romantic gatehouse is a good case in point. The Grade 1 building, built by Richard Cressett in 1580 – also High Sheriff of Shropshire – is one of the few 16th century gatehouses that still has its original solid oak spiral staircase. No runner. Just a steep spiral of solid polished oak steps.

With only a loose hanging rope acting as a bannister, accessibility to the Prince Rupert Bedroom on the top floor – where the Royalist Commander slept with a troop of Cavaliers in the Civil War – bears similarities with climbing the steps of the Leaning Tower of Pisa.

Whilst this twisting, ‘challenging’ staircase is a wonderful feature to enjoy for many visitors, for the less mobile, elderly and disabled, it makes a tour of the upper floors, let alone staying as a holiday guest, impossible. So the elderly and ‘less mobile’ very politely chose to sit out the upper floor tour sitting on a bench in the archway.

They almost never complain but the days of such exclusion will be over when we reopen next year thanks to a modest Culture Recovery Fund heritage grant which will enable us to offer digital and virtual tours. The new digital tour – using tablets – will enable those with ‘accessibility needs’ to enjoy the full house tour while sitting comfortably downstairs. They can even peek inside the bedrooms where Margaret Thatcher and Boris Johnson once slept (at least where he was meant to stay).

What has surprised me about researching disability in the middle ages is how medieval and contemporary attitudes to those with ‘special needs’ has not changed nearly as much as we might think.  In Simon Jarrett’s Historic England research paper, ‘A History of Disability: from 1050 to the Present Day’, he upturns many of the stereotypical views many people may have of disability through the centuries.

Although ‘curing wells’  and ‘leper chapels’ were a common feature of life in medieval England, it is not true that the disabled, or ‘crippled’ as they were known, were shunned or abandoned by society. The ‘lepre’, the ‘blynde’, the ‘dumbe’, the ‘deaff’, the ‘natural fool’, the ‘creple’, the ‘lame’ and the ‘lunatick’ were ‘highly visible presence in everyday life’ notes Historic England.

In the absence of any sort of welfare state, the  ‘disabled’ and needy were provided for not by the state but by the Church which regarded the disabled as closest to God. The church operated like a humanitarian through a network of monasteries,  almshouses, leper hospitals (such as that of St Nicholas in Harbledown in Kent) and charitable foundations run by religious military orders such as the Knights Hospitaller (many of whose members were of noble origin).

Some, such as the Hospital of St Cross in Winchester operates today much as it did when it was founded as an ‘Almshouse of Noble Poverty’ by Henry Blois, Bishop of Winchester  – grandson of William I – in the 12th century.  It still takes care of 25 elderly men known as “The Brothers”, who are cared for by “The Master” (when I was there his parking space was taken up by a very sporty Mini Cooper). 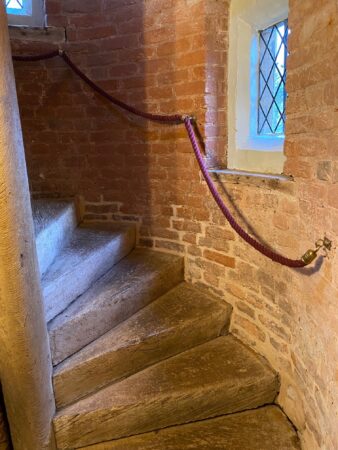 In short, Holy Cross is like a medieval senior care home. Although instead of calling out their older and less mobile residents as having ‘special needs’ those belonging to the Order of Noble Poverty (founded in 1445) proudly wear dark claret trencher hats and claret robes with a silver cardinal’s badge. They also produce delicious ‘Noble Poverty’ fudge and ceramic mugs bearing a Jerusalem Cross.

Pilgrimage (for all classes) to holy shrines like Thomas Becket in Canterbury, was essentially the only form of tourism

The Holy Cross Hospital is conveniently located on the banks of Winchester’s River Itchen at the start of the Pilgrims’ Way. It would have acted as a pilgrim hospital for those embarking on the two week or so 140 mile pilgrimage to Canterbury. It’s existence – along with the ‘leper hospital’ of St Nicholas at Harbledown near Canterbury, or the Hospitaller pilgrim’s barn of St Mary’s Abbey in Boxted, are clear evidence that the disabled and needy were not disowned by medieval society, one in which pilgrimage (for all classes) to holy shrines like Thomas Becket in Canterbury, was essentially the only form of tourism.

So I have come to see embracing improved disabled/infirm facilities at Upton Cressett as being part of a long tradition of ancient houses, and their owners, supporting the local community, pilgrims and the needy. In the middle ages, when our hamlet – until the Black Death – was a thriving medieval manorial community, with a Norman church, such community caring was based on the charitable teaching of the ‘seven comfortable works’.

‘Adherence to these works, especially if accompanied by the prayers of the disabled themselves, could speed a person’s journey through purgatory to paradise’ notes Historic England.

One of the best things about Disabled History Month is that it has drawn attention to the success of the National Accessible Scheme (NAS), run by Visit Britain. This noble venture – which we soon hope to join with a new holiday cottage designed to accommodate those with accessibility and wheelchair needs  – has created a national network of disabled friendly holiday accommodation.

The altruistic roots of VisitBritain’s disabled tourism scheme lie in medieval Britain’s ‘nationwide network of pilgrim/hospitaller stopping points, including monastic hospitals, nunneries and friaries, designed to cater for pilgrims in search of cures. Invariably many were disabled and were with their carers (ie friends or family members).

Suffering on earth was seen as an advanced form of purgatory

Formed from the ‘Christian duty of shelter to pilgrims and strangers’, this network of care became the nation’s way of improving ‘quality of life’ for the needy. They were indeed  ‘special’ and God favoured them making them ‘closer to God than the rest of society’.

Whilst some saw being disability as a punishment for sin, which became a popular 19th century view, a wider medieval Christian view was that suffering on earth was an advanced form of purgatory. The crippled, lame and ‘blynde’ would therefore attain a place in heaven earlier than others, as would those who looked after them and helped to accommodate them, and did not discriminate against them in any way.

In the Norman church of Upton Cressett there is a rare upside down Tao cross carved into the 12th century stone, almost certainly a coded reference to it being a Knights Templar church.  I like to humbly hope that our embracing of Disability History Month is not a departure but rather a return to our medieval hamlet’s old values of supporting those with special needs.