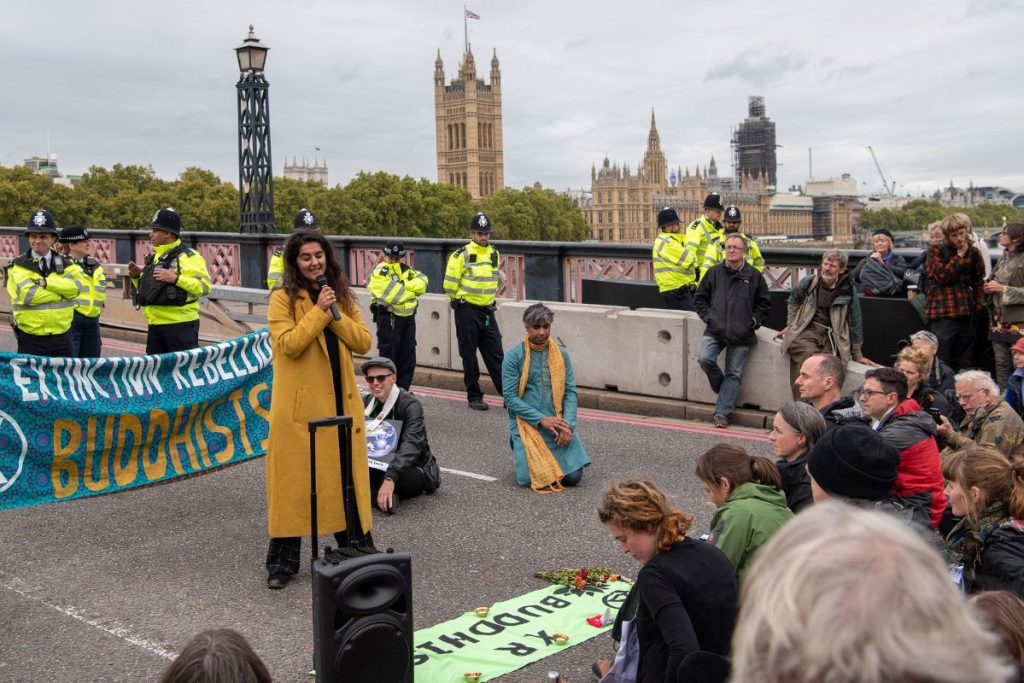 There was one exception, for a short while; in 2019, people suddenly started caring about the climate emergency. Like them or loathe them, Extinction Rebellion and their striking, original demonstrations captured the attention of the press and the public. Greta Thunberg and her school strikes helped, of course, and for a moment it felt like something was changing.

Polls showed that more and more people thought of the environment as a political priority, and discussions were being had about the drastic lifestyle changes required to keep our planet habitable for the foreseeable future. Different parties had different views, but there was a sense that people were coming together, and realising the scale of the problem.

Then – well, you know what happened. We got stuck indoors for three months and suddenly we ordered everything online, from Britain and abroad, and had it delivered to our homes. Once it was allowed, we went out and drank takeaway pints in single use plastic containers, complete with a single use plastic lid. Those who felt comfortable flying got away as soon as they could, and those who still felt anxious counted down the days until they could jump on a flight. In short: we moved on.

The question is, then: how do we bring back climate change at the top of the agenda, now the country is on the road to recovery? It is not clear that the government has it as a priority, as we saw in the Budget earlier this week.

Not a word was spoken about green policies in the first thirty minutes of Rishi Sunak’s speech, and when he finally got to the topic, it was underwhelming.

Well, the rhetoric was there. “When I look to the future of Teesside, I see old industrial sites being used to capture and store carbon, vaccines being manufactured, offshore wind turbines creating clean energy for the rest of the country”, he said. “I see innovative, fast-growing businesses hiring local people into decent, well paid, green jobs.”

Cynics may point to the party political convenience of making Teesside the centre of the government’s plans, but that is a side point. The issue is the lack of ambition, or rather the lack of bold policies underpinning the ambitious message. Brexit was meant to make Britain a green haven, until we all got distracted. Making these changes a major part of the Covid recovery feels like the last chance we have of acting in time.

This means the government’s opposition, both formal and informal, and in and out of Parliament, must push the topic onto the front pages again. XR managed to alienate most of their soft supporters in the last few months before the pandemic, but there are other players. Labour, most obviously, could and should talk about it as much as possible.

The Liberal Democrats, still wounded by Brexit, could do worse than making it their priority. Campaigners also need to get smart, and fast: they cannot annoy the public into caring about the climate emergency, but the early days of XR showed that street movements can still shift political opinion. If Westminster cannot find it in itself to be radical in pursuit of green policies, the push for change must come from the outside. Time is running out.