Nicola Martorana knows a thing or two about Brexit. As the purveyor of bespoke suits and shirts to the EU elite, he dressed people on both sides of the negotiations, including Michel Barnier and a DExEU minister. Not that this discreet and charming Sicilian would ever reveal what is shared with him while he measures his clients.

“You trust your tailor almost as much as your barber,” he says, reflecting on how the enforced intimacy between tailor and client intensifies that sense of closeness. “The tailor has to touch you and a person who touches you has to be in your circle of trust. After the first or second suit it can be a really close relationship.”

Martorana has been a regular fixture in the offices of the European institutions since 2006, visiting Brussels every three weeks for appointments with commissioners, heads of state and members of the European Parliament.

“It’s the city of the future,” he says. “A European capital, fragmented into 19 municipalities within its metropolitan area, hosting 184 different nationalities with all the related institutional complexity. It’s the ideal place to meet important people, a venue for networking and exchanging business cards. And people want to look good. Lobbyists, politicians, managers and lawyers ask us for the best possible suit.”

Martorana comes from a family of fashion entrepreneurs. His parents, Salvatore and Cettina, established the wholesaler Maison Gregory in the 1980s from their small house in Valguarnera in central Sicily. Initially producing 16 handmade ties a day, their reputation grew, and the company began exporting all over the world – to New Zealand, the United States, the Arab Emirates, Japan and China. They launched a shirt collection in 1988, followed by suiting in the new millennium, and now produce 20,000 off-the-peg suits a year.

Martorana describes a childhood growing up amidst cloth samples, collections and colour charts.

“Like so many sons, I just wanted to copy my father,” he says simply. “I inherited his passion for fabrics, learning from a very young age to recognise different cloths just by touching them. My background made me feel that working in fashion and tailoring was my vocation.”

After completing two six-month internships in cotton and wool mills in northern Italy to deepen his understanding of weaving, 18-year-old Martorana moved to London in 1998. He combined running Maison Gregory’s foreign sales office in Finsbury Park with a course in English as a Foreign Language at West London College in Hammersmith. His year in London instilled a love of Arsenal and gave him the confidence to ditch his university plans and go straight into tailoring. Martorana’s heart is in private client work, however, and he decided to concentrate on building the company’s made-to-measure business.

“Everyone is inspired by Savile Row as the home to so many important tailors,” he says. “Even in recent years, when the hegemony of tailoring fabrics has changed, London has remained a reference and an inspiration to me.” 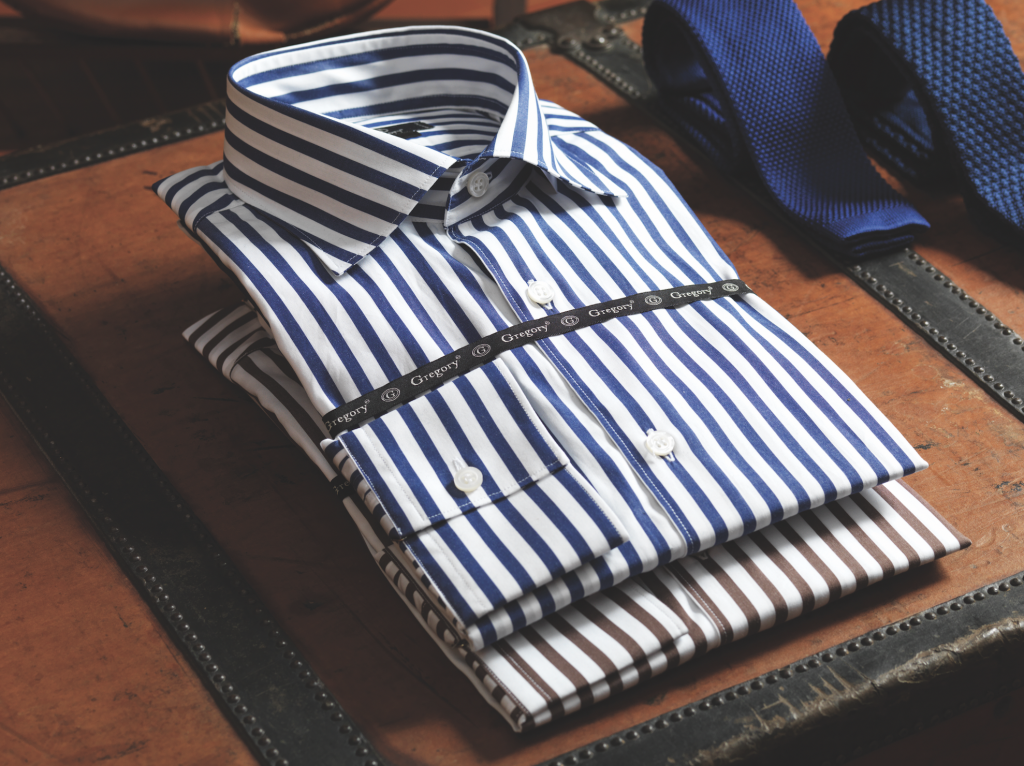 For the next eight years Martorana helped grow the family business, but it was during a visit to Brussels that he saw a commercial opportunity. With few competitors and a burgeoning workforce of functionaries, he set up shop near the European Commission and was soon building a customer base that included the likes of Romano Prodi. However, not everything went smoothly.

“The position of the shop was wrong,” he explains. “It was a working area – not a shopping area – and soon we decided to close it. But our customers still wanted their suits and shirts and so we went into their offices instead. Now my clients contact me directly for appointments. We grew the business through word of mouth and personal recommendation.”

Martorana’s business currently produces 2,000 made-to-measure and fully bespoke suits a year. He has a team of entrusted clients, with four people working on the business logistics and paperwork and ten tailors dedicated to cutting and creating the suits back in Sicily. From measurement to delivery, the process takes around five weeks.

Martorana believes vehemently that bespoke tailoring doesn’t have to be expensive. His price point for a bespoke shirt is €150 while his made-to-measure suits start at €700.

He seems almost embarrassed by the relative affordability of this compared to other bespoke businesses, explaining, “We’re able to keep costs down because we sell directly to our customers.

“Don’t judge a suit’s quality by the cost on the tag,” he adds. “A suit that’s made for you defines you as an individual. It’s a personal statement that enhances the figure of the man wearing it. It highlights the silhouette of the shoulders, which gives status and improves your bearing. It provides a natural elegance in a way that something off the peg doesn’t. Why buy off the peg with you can get a suit made for your shape for a similar price?” 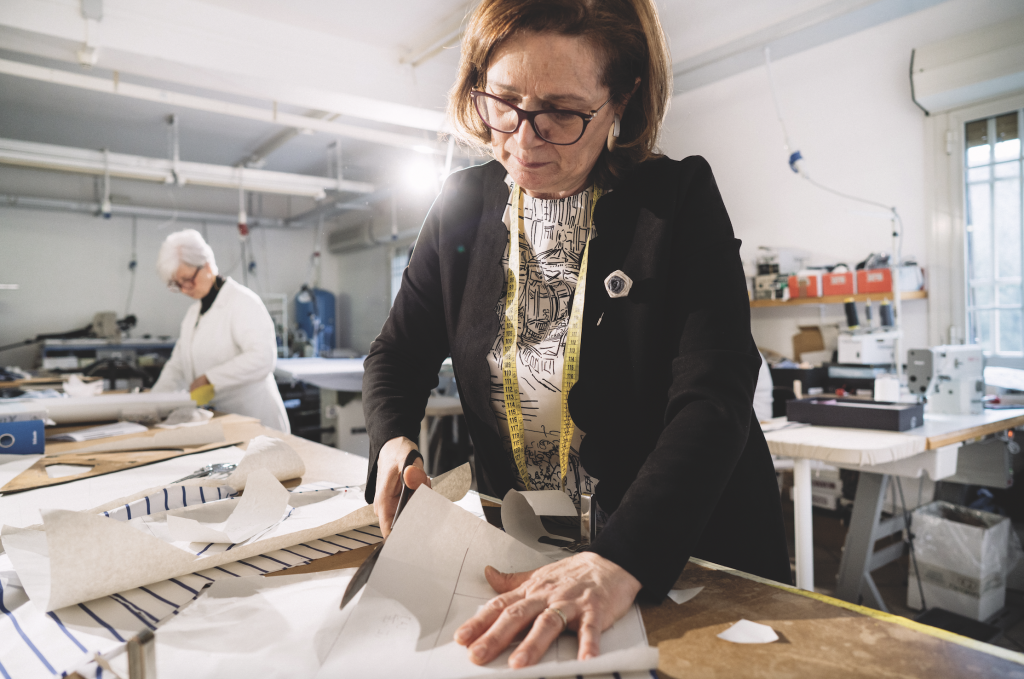 Climate change and the pandemic have inevitably influenced the sartorial choices of Martorana’s clientele.

“We’ve adapted our range of fabrics to reflect warmer temperatures,” he says. “Heavy cloths and even heavier interlining are out of favour. Offices are overheated in winter. You arrive in your thick suit and you just want to remove the jacket, it’s too heavy. Our innovations have been introducing the lightest interlining and lightweight fabrics. Similarly, the new trends in tailoring are towards soft lines and fabrics which are very soft to the touch.

“Home working has made our customers rethink their wardrobes,” he adds. “Clients have swapped thin cotton for light jersey shirts for more movement and comfort. For suits, we prefer to use 100 per cent natural fibres, but our customers wanted fabric with some elasticity.

“We have worked with our suppliers to source fabrics which are still natural but had more stretch because of how the threads had been twisted during the weaving process.

“But even when your meeting is happening online, you still need to look good. There’s no room for anything that’s too loose-fitting.” 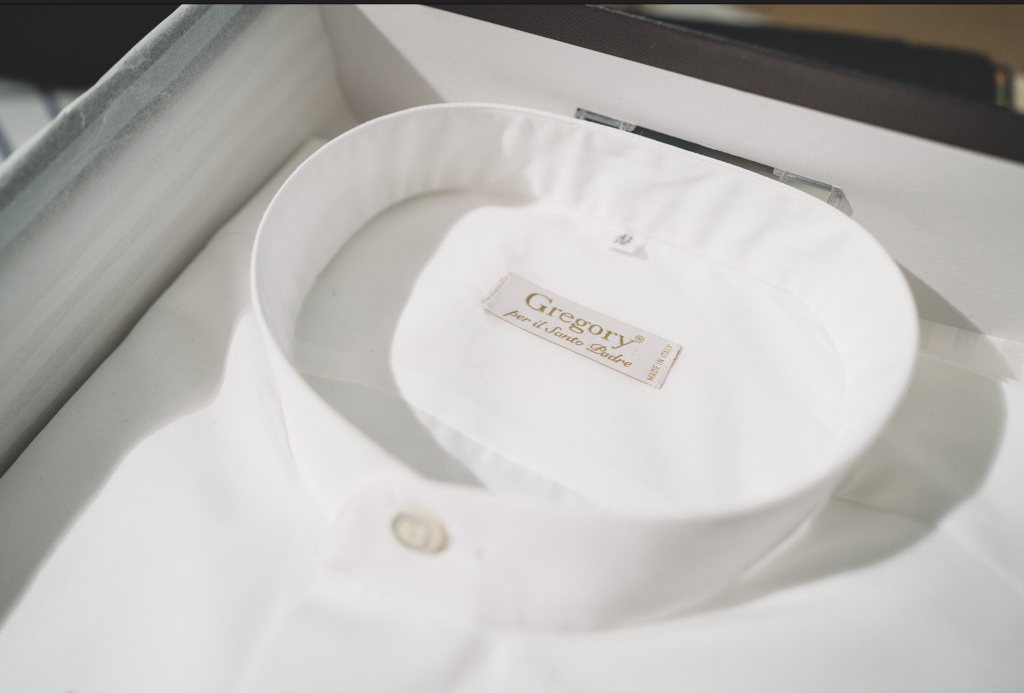 Politicians are far from Martorana’s only high-profile clients. Pope Francis and Pope Benedict both favour his simple, collarless shirts underneath their vestments and regalia.

“A measurement session can be like a confessional,” he reflects. “Clients tell me about fights with their wives or difficulties with their children. They may chat about politics or football. I need to be ready to listen but not be over-confident with them. It’s important to keep my distance, particularly at the beginning of a relationship.” 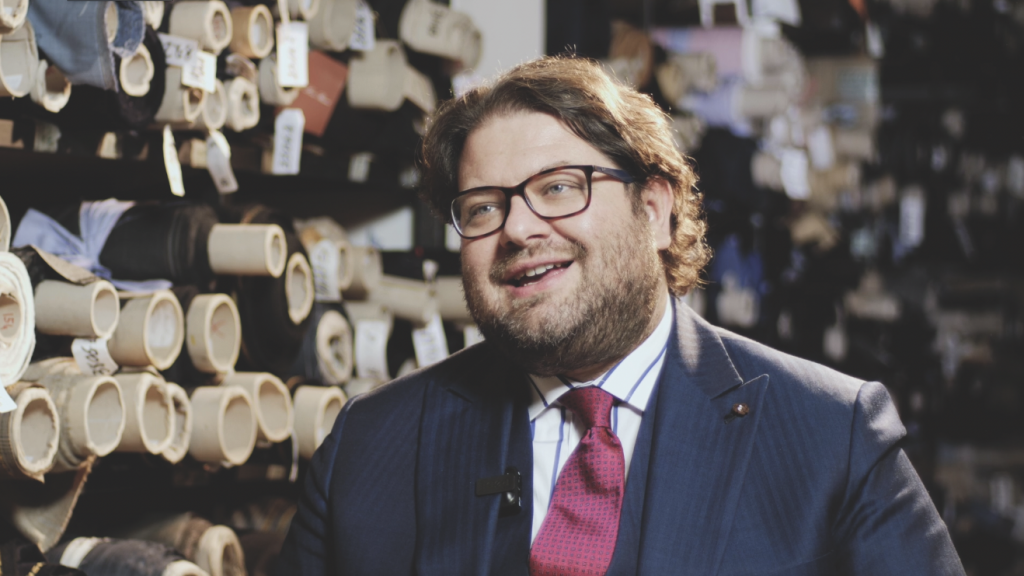 Martorana sees his business as part of Sicily’s great textiles tradition and a driver of the national economy. “The first recorded bikini was created in Piazza Armerina,” he delights in explaining, “and is portrayed in the mosaics of the Villa Romana del Casale.

“And the first silk textiles in Europe were woven in Sicily around 1000AD when the island was an Emirati and the Arabs introduced silk production techniques.”

But valuing this heritage doesn’t stop Martorana from embracing useful innovation, such as how to measure a client remotely during lockdown.

“We’ve looked at scanning technology but a static image, even in 3D, can’t replace a tape measure,” he says. “We needed to have video sessions with our clients so we could see how they stand and move; how he holds his arms and shoulders. A goal of ours is to perfect this technology by 2024.”

In the shorter term, Martorana is expanding his business into the US. “I’ve closed a deal to have a presence in Ferrari showrooms in Florida,” he says. “From 2022, my tailors will travel there and measure a client for his suit while he’s choosing his car.

“That way, he’s sure to get the full ‘Made in Italy’ experience.”