Bridge to the Past

Igor Memic’s play stages the trauma of the Bosnian war in the context of a love story between a Croatian Catholic (Mili) and a Bosniak Muslim (Mina). The set is a jigsaw of black platforms of varying heights forming a jagged landscape of incongruent pieces. The stage is swamped by the smoky fog of industrial smog and the haziness of memory. 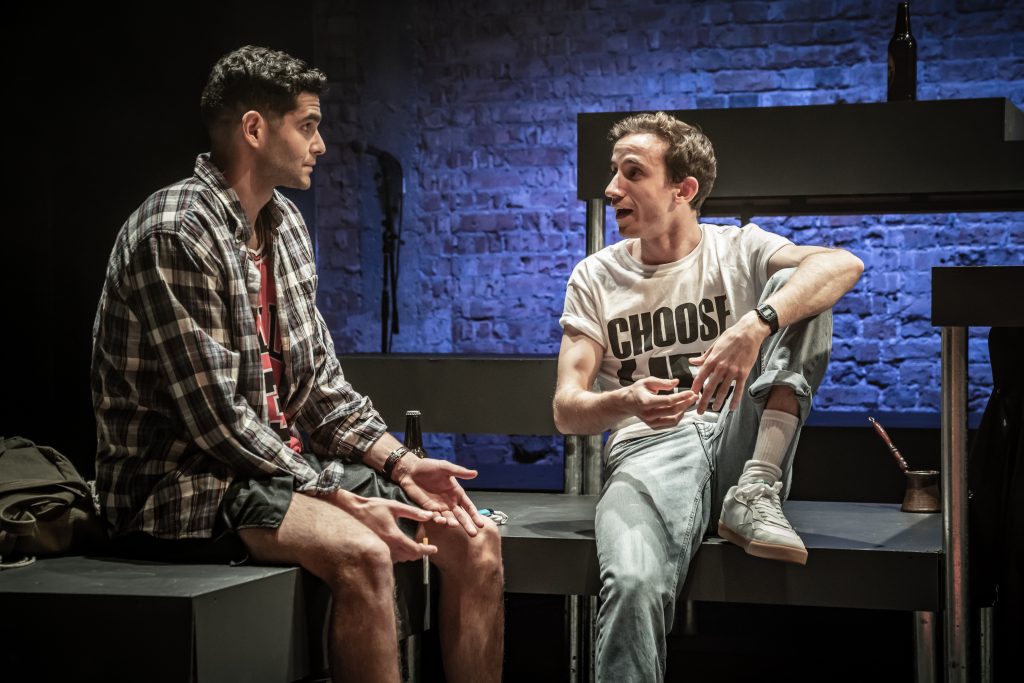 In the beginning, Mostar’s Old Bridge is herself the protagonist. Described as “reaching out over the river” to join two settlements and create a city, she serves as a symbol of humanity’s drive to grow and connect. The first time Mina lays eyes on Mili, he is about to jump from the bridge in a diving competition. Later, under siege, the bridge remains the only lifeline connecting the residents. The bridge’s ultimate destruction is one of the show’s many brutal reality checks.

The script is laden with pithy dialogue that engages with a multireligious Balkan society, particularly as pre-war tensions rise. Bosniak Sasha is beaten up after intervening in an argument. One man shouts, “This is Serbia!”; another retorts, “This is Croatia!”. Sasha cannot help but interject, “Actually, this is the post office”.

At one point, Sasha equates the ethnic collage of Bosnia to a Rubik’s cube. The ever-critical Leila responds that it’s easy to solve a Rubik’s cube – you just need the algorithm. The details of this algorithm, however, are a mystery.

The play initially presents as contemporary London. This may throw those expecting to be hurled into a post-Yugoslav landscape, but ultimately removes the distance between the audience and the events. The actors are convincing and their chemistry is, at times, transcendent. Food shortages and a Muslim genocide begin in Mostar. Our characters are forced to adapt to new conditions, their futures stripped from them. They soon understand that the world has abandoned them.

Ten years later in 2004, following the bridge’s reconstruction, a prematurely aged Mina reflects on the past. Before the horror, she had never prayed. Now, she is a practising Muslim. She’s given God the faith she lost in mankind.

‘Old Bridge’ is on at the Bush Theatre in London until 20 November and will also be released online. Book here.