Brexit: Is Groundhog Day Over At Last? 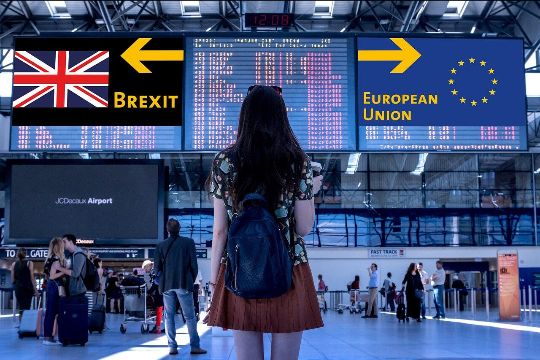 As Brexit negotiations continue in the 11th hour, Marie Le Conte considers the omnipresent question of the last four years

I do occasionally wonder if agreeing to write a weekly column on British politics, this year of all years, was a mistake. Was I handed a poisoned chalice? If so, I did gleefully grab it with both hands, so can only blame myself.

I was specifically thinking about this yesterday morning, as I was idly wondering what I should be writing about this week. First, I saw a tweet by the Economist’s Matthew Holehouse; “The EU has published contingency measures that keep trucks, trains and planes moving in a No Deal exit. But guess what? They require Britain to uphold a “level playing field” including subsidy controls – the same principle it is willing to sink a deal over…”

Then, a tweet from Huffington Post’s Paul Waugh, from the night before: “BREAKING: Lords *again* inflict a huge defeat on govt over @BorisJohnson’s latest Brexit bill 320 to 215.”

Finally, a plea from Sadiq Khan: “LONDON: This is important. We still have a long winter ahead. None of us wants London to move into Tier 3. Please continue to follow the rules – lives and livelihoods truly are dependent on it.”

And then it hit me: had I woken up from a coma of indeterminate length with only my Twitter timeline to help me guess how long I’d been out for, I would have been none the wiser. The EU has been discussing No Deal contingency plans and the level playing field for several years; the Lords has inflicted countless defeats on the government over Brexit; from the moment the tier system was introduced, our Mayor has been warning us we are on the cusp of the strictest one. Time is a flat circle.

Still, as any sci-fi aficionado will tell you, time loop episodes normally start building towards a resolution when the loop the main characters are stuck in starts changing ever so slightly. I think we are starting to see it with Brexit; the cracks are starting to show.

While the government keeps looking like a Groundhog Day tribute act, a fair few other Westminster denizens are beginning to reflect. Well, that or pointing fingers at other camps and blaming them for their collective failure, but tomato-tomato. From Owen Jones in the Guardian to Ed West in UnHerd, a number of figures are looking at their own beliefs, how they have evolved over the past four years, and the role they played in getting to the endgame currently unfolding.

Still, there is a sense that this is all happening as a sideshow – not unreasonably, as we remain in the midst of a global pandemic. After years spent tearing pieces off each other, we are now discussing fish, the threat of No Deal and what may happen in Kent like actors rehearsing a piece of dialogue for the hundredth time. Our hearts aren’t in it.

I am unsure what to make of it; my brain also blunted by the dreary repetition of it all, I find it hard to be discussing Brexit at all. On the one hand, I think we should encourage people to have it out one last time, take one last week to air our feelings about Brexit and hopefully reach some form of catharsis before it happens. On the other, perhaps clear heads are needed, and we can discuss the years between 2016 and 2020 next summer, when we are no longer confined and mentally a bit more stable.

Either way, there really should be a resolution to all this at some point soon; whether it ends with a deal or no deal, the country deserves some closure, and as things stand, it is not certain it will get it. This is what I am writing this column about I suppose; escaping the time loop but ensuring we make our peace with it once it is over.