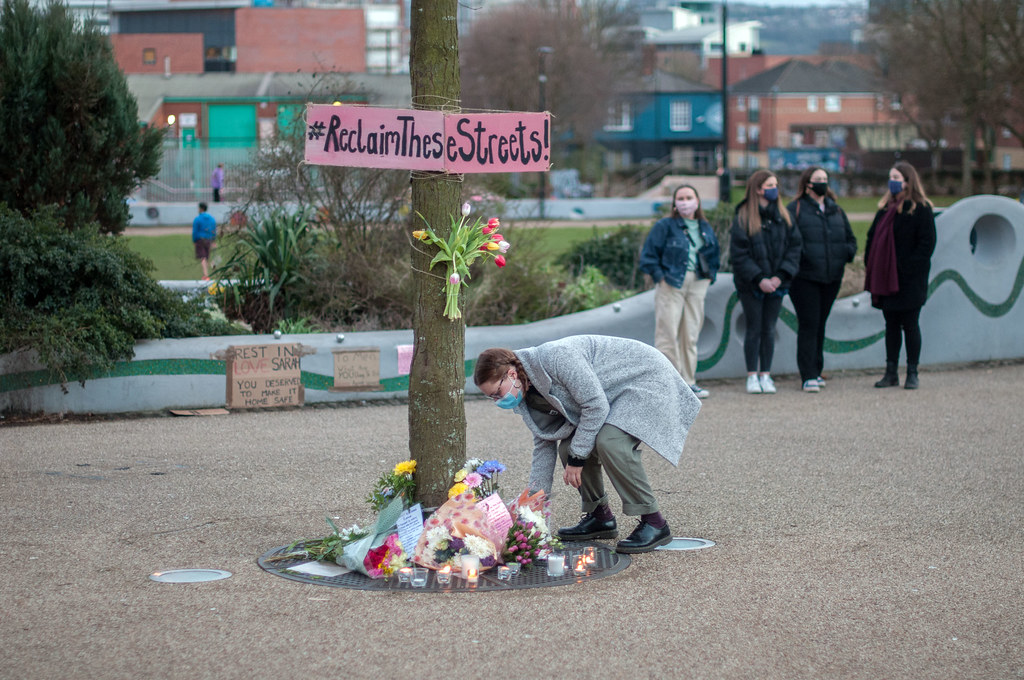 Fear and unease are widespread among women across the UK. Gestures from Westminster won’t cut it.

Twitter was alive on Saturday evening with footage from Clapham Common. The vigil for Sarah Everard had erupted into disorder when members of the Met began to arrest protesters on the Common. Before the night was over, calls for the resignation of Met’s Commissioner Cressida Dick ensued.

When the dust settled the following morning, the usual humdrum of the Sunday broadcast rounds got underway. Up from the Labour benches stepped Jess Philips MP, the shadow minister for domestic violence and safeguarding. On the question of Dick’s resignation, Philips was adamant: “If Cressida Dick stays or goes, it doesn’t make women more safe in this country,” she said, “we don’t need just to be angry, we need action.”

As events over the past week have shown, there is a pervasive sense of fear and unease among women in the UK. A poll of 1,000 women, conducted by YouGov and commissioned by UN Women, last week revealed that 97 percent of women in the UK have been sexually harassed. The evidence is clear that more needs to be done to keep women safe. But as Jess Philips emphasised on Sunday morning, the buck does not stop with the resignation of Cressida Dick.

The discussion around policy changes to improve women’s safety often focuses on cracking down on offenders. Instead, policy approaches should first and foremost seek to prevent harassment. The initial step should be to ensure that comprehensive data is collected which illuminates the severity of harassment in the UK. Currently the UK does not have a mechanism through which women can report the harassment they face while out on a run, exercising in a park or even just walking down the street. This is just the tip of the iceberg. But if this data were to be properly collected, the gravity of what we are facing would begin to take shape.

By identifying specifically when, where and by whom this harassment is taking place, the foundations will be laid for an effective response to this problem. A vital part of this is improving the trust between women and the mechanisms in place to report incidents of harassment. According to the survey from UN Women, 55 percent of women did not think their harassment “was serious enough to report”, with 45 percent sharing that they “didn’t think reporting it would help”. If this moment of collective reflection is to be truly effective, women must feel that they can trust and rely upon those who they look to for protection.

Changing men’s  attitudes towards women must also be a priority. While a shift in culture requires time, exercising zero-tolerance on hostility towards women will set in motion a process of change. One way of writing this into policy is by making misogyny a hate crime. If this were to become a reality, women who face misogyny while at work, female politicians who face demeaning comments from their opponents in parliament, and women who are harassed on the street would all have the means to seek a prosecution.

If the state takes hate against women seriously, it will send a substantive message of intolerance towards the explicit and implicit harassment women face daily. By outlawing misogyny, policymakers will foster conditions to denormalise sexist behaviour, reassuring women that it is not their responsibility to tackle the epidemic of male harassment.

Calls for a change in leadership for the Metropolitan Police will not bring further protection for women if made in isolation. They must be accompanied by real, concrete action from policymakers to keep the UK’s women safe.

Megan Kenyon is a freelance journalist and contributor to The Times and Tortoise.