Furlough’s been extended but it won’t save the homeless 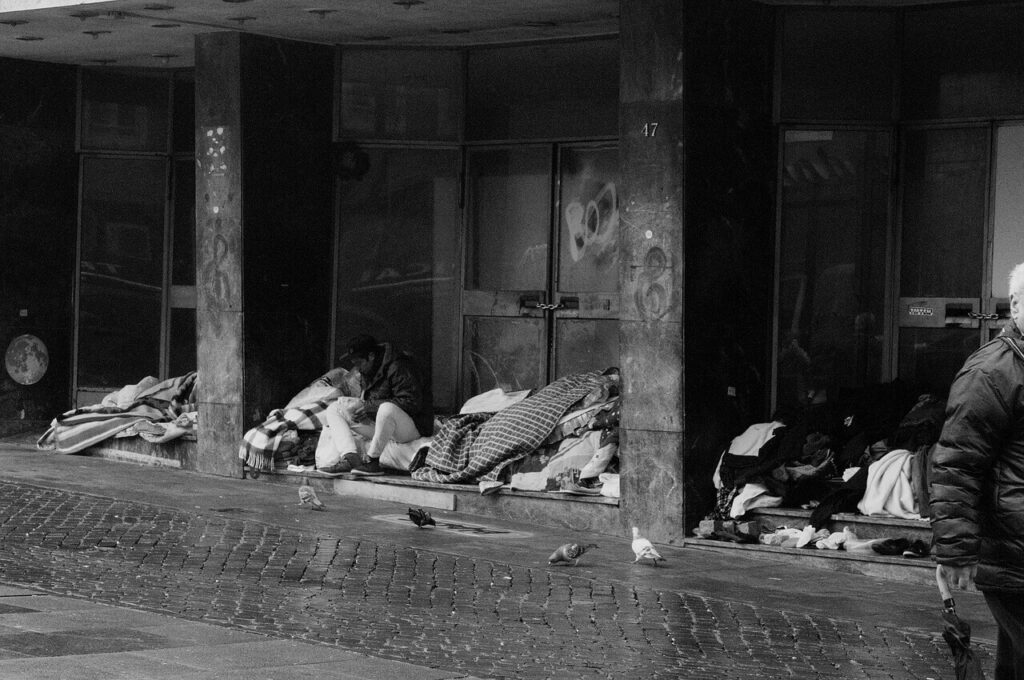 As winter sets in, former minister Brooks Newmark explains how the government should tackle homelessness

Back in March, at the start of the pandemic, the housing secretary Robert Jenrick and the new homelessness tsar Louise Casey – acted swiftly and offered accommodation to 90 per cent of rough sleepers and those in night shelters. The government said they managed to find accommodation, primarily in hotels, for almost 15,000 people.

To date, many of these rough sleepers have now been found more permanent accommodation. However, with the extension of the furlough scheme – only a stay of execution on the eviction ban – there is a risk that the swift action of late March could be undone. Recent figures released by the Greater London Authority show a year-on-year increase in street homelessness of 33 per cent in the quarter ending 30 June 2020. Of the 4,227 individuals identified by outreach teams in London alone, 63 per cent were sleeping rough for the first time.

As winter approaches and with the infection rate on the increase, the government needs to take urgent action. Following the loss of Casey as homelessness tsar, Kelly Tolhurst, the new homelessness minister, has a lot of work ahead in her new brief.

While the government has given councils an extra £105m to provide accommodation for those in need,  it is imperative they find a replacement for Casey. Further, they should consider rolling out the innovative Housing First programme currently being piloted in Liverpool, Manchester and the West Midlands.

This bold roadmap to solve the homeless crisis was initiated by our 2017 Centre for Social Justice report ‘Housing First: Housing-led Solutions for Rough Sleeping and Homelessness’. It concluded that the best way to solve homelessness is to help people find their own home, giving them support, a sense of wellbeing, and confidence.

Between 1st April and 30th June the number of households owed a homelessness duty fell by 11 per cent to 63,750 year-on-year. Further, with Government action to suspend convictions, the number of people living in rented accommodation who were ‘at risk’, or became homeless due to a Section 21 Notice to evict them, fell by 69 per cent year-on-year.

What these statistics show is that with the political will and the right strategy – the ‘Everyone In’ scheme and the ban on evictions – resolving the seemingly endemic issue of rough sleeping is possible.

However, as I have written in Conservative Home, the latest evidence from the Combined Homelessness and Information Network (CHAIN) has shown that rough sleeping remains a pernicious issue.

In London, which accounts for almost a third of rough sleepers in England, CHAIN recorded, between July and September, 3,444 individuals sleeping rough in the capital, of whom 1,901 were new to the streets. According to Francesca Albanese, the Head of Research at Crisis “there are also early signs that people who have been rough sleeping for a number of years are not having their needs met. After a drop between April and June, this has now reversed with a 27 per cent increase in the last three months.”

With winter soon upon us and a rise in Covid cases, rough sleepers are some of the most vulnerable and at risk in the country today. If there is a decision for the new Homelessness Minister, Kelly Tollhurst, to make, it is to press Jenrick and the Chancellor to find the necessary funding to bring back the ‘Everyone In’ scheme. This will once again provide secure if not permanent accommodation to rough sleepers, where they can self-isolate and have somewhere warm to sleep over the forthcoming winter months.

The Government’s Next Steps Accommodation Programme has made £266 million available to local authorities to ensure in part as few individuals as possible end up back on the streets, with £91.5 million earmarked for 274 local councils to provide interim accommodation for those most at risk of rough sleeping.

More importantly, the Next Steps Accommodation Programme includes funding of £150 million, earmarked to deliver 3,300 homes for rough sleepers by the end of March 2021 (an ambitious target).

A total of 276 schemes have been approved across England (homelessness is a devolved issue), including 38 in London alone to provide 904 new homes for rough sleepers.

The Government needs to build on its successful piloting of the Housing First Programme in Liverpool, Greater Manchester and the West Midlands. Housing First provides wrap around support for some of the most vulnerable long-term rough sleepers, many of whom have complex needs including mental health and addiction issues. Critically, Housing First does not place conditions upon participants.

To date, the evidence is that Housing First has a low recidivism rate amongst those that participate in the scheme, with few rough sleepers ending up back on the streets. Moreover, the evidence from the Joseph Rowntree Foundation in the Centre for Social Justice Report ‘Housing First Housing led Solutions for Rough Sleeping and Homelessness’ indicated that there was a saving to the Government of £2.40 for every £1.00 spent.

Currently, the All Party Parliamentary Group on Ending Homelessness, co-chaired by Bob Blackman and Neil Coyle, are doing an independent review of Housing First. Their findings should be out by the end of the year. Let us hope that they show the same will at the beginning of the pandemic.

If the Prime Minister is seeking to ‘level up’ the country, then there is no better place to start than right at the bottom with some of the most vulnerable members of our society.