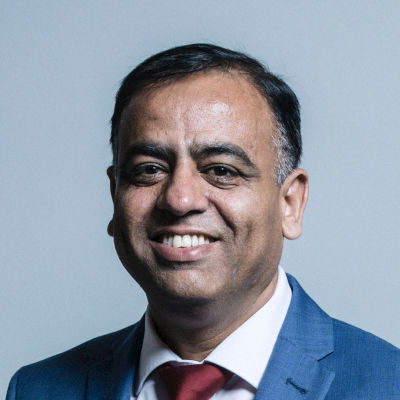 Member of Parliament for Bedford
145
Majority

Mohammad Yasin was first elected as the Labour MP for Bedford in 2017. Born in 1971 in Mirpur in Pakistan, Yasin completed a Bachelor’s degree in Commerce at the Degree College Mirpur before moving to the UK at the age of 21. He initially got a job working in a factory and it was when he later worked as a taxi driver that he first got involved with the Labour Party. In 2006, he was elected to Bedford Borough Council as a councillor for Queen’s Park ward, where he served for more than a decade. He was elected as an MP at the 2017 general election defeating the incumbent Conservative MP Richard Fuller by 789 votes on a two per cent swing, and retained his seat with a mere 145 majority in 2019. In 2018, Yasin was one of a group of Labour Muslim MPs to receive suspicious packages containing a letter which advocated violent acts against Muslims and a sticky substance which was later found to be harmless. Up until the latest general election, Yasin was serving on the Housing, Communities and Local Government Committee. He endorsed Keir Starmer’s Labour leadership bid in late 2019. Yasin has commented frequently on COVID-related admissions to hospital in Bedford, an area which has been particularly affected by the ongoing coronavirus pandemic. He has said the foreign policy issues most concerning to him are human rights and civil liberties in contested regions such as Kashmir.

Are there any ways you would like to see Parliament/our political system reformed?

House of Lords reform and more powers to the Electoral Commission to enforce election rules.

Most memorable moment/speech you have witnessed in the Chamber?

Most disappointing moment in the Chamber?

The prorogation of Parliament in 2019.