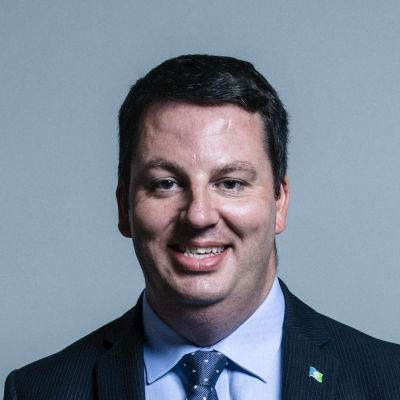 Member of Parliament for Brigg and Goole
21941
Majority

Andrew Percy was first elected as the Conservative MP for Brigg and Goole in 2010. After becoming a history teacher, Percy worked for the New Jersey State Senate, becoming elected as a councillor for Bricknell ward on Hull City Council in 2000. He first stood for parliament in the 2005 general election contesting Normanton, then held by Ed Balls, but was unsuccessful. In 2010, he stood for Brigg and Goole, taking the seat from Labour on a swing of 9.8 per cent with a majority of 5,147. Following his election, he joined the Procedure Committee and the Regulatory Reform Committee, sitting on the latter for seven years. During this time, he served on several others, including the Health and Social Care Committee and the Northern Ireland Affairs Committee. With his constituency on the banks of the River Humber, flooding has always been a pertinent issue, and he played a vital role in securing funding for improved flood defences. Between 2016 and 2017 he was parliamentary under-secretary for communities and local government. He was re-elected in 2019 with a much increased majority of 21,941.