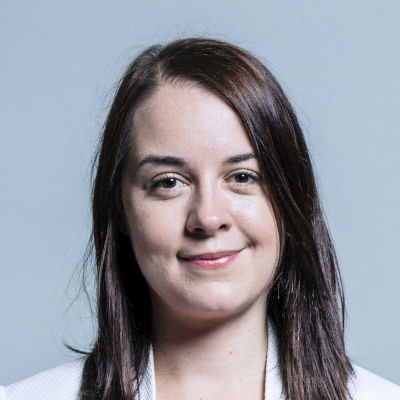 Stephanie Peacock was born in Birmingham and initially worked as a teacher before she began to work in adult education for Usdaw. Peacock joined the Labour Party as a teenager and in 2003, aged 16, appeared on Question Time expressing her support for the Labour government’s policy of introducing tuition fees. She went on to serve as the youth representative on Labour’s National Executive Committee. From 2013 to 2017, she worked for the GMB union as a political officer. Peacock first stood for election in 2015 for Halesowen and Rowley regis, but was unsuccessful. After her election in 2017, she joined the Science and Technology Committee, but soon moved to the International Trade Committee. In 2018, she became an opposition whip, a position she resigned in March 2019 after she voted against a second Brexit referendum. Peacock voted Remain in the 2016 referendum and voted against Theresa May’s withdrawal agreement at each vote, yet was one of 19 Labour MPs to vote for Boris Johnson’s Withdrawal Agreement Bill at the second reading. Peacock is a campaigner against the so-called “gig economy”, advocating for stronger workers’ rights and better benefits for those in precarious employment.