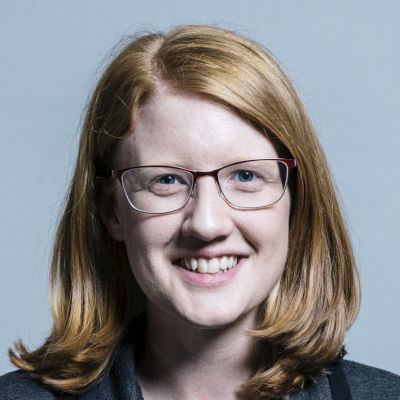 Member of Parliament for Halifax
2569
Majority

Holly Lynch was born in 1986, she studied history and politics at Lancaster University. After graduating, she worked at a Subway in Halifax town centre before being employed at a small exports business. Lynch won her seat aged 28, with a majority of just 438. She enlarged her majority in 2017, beating her Conservative opponent Chris Pearson at the 2017 general election by 5,378 votes — but saw her majority halved in 2019 to 2,569 against the Conservatives’ Kashif Ali. From July until October 2015, Lynch was a member of the environmental audit committee and was appointed to the procedure committee in February the following year. She served as a whip from 2015 to 2016, but resigned after Rosie Winterton was sacked as chief whip. Both Lynch and Winterton had supported Owen Smith’s candidacy in that year’s Labour leadership election. In 2017, Jeremy Corbyn appointed Lynch as shadow flooding and coastal communities minister. Lynch stepped down from the post in July 2018 in order to go on maternity leave. She is a member of the APPGs on migration, Palestine, Kashmir, and is chair of the APPG on fairtrade.