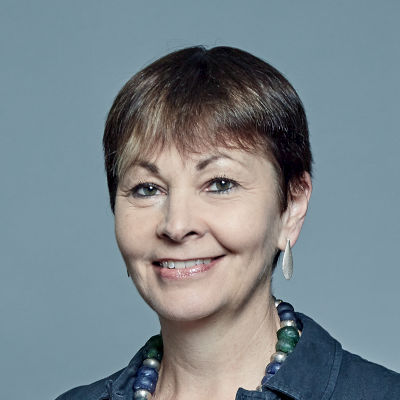 Caroline Lucas first became involved in politics through the Campaign for Nuclear Disarmament when she was a student. She also visited the Greenham Common Women’s Peace Camp during this time. Lucas was national press officer followed by co-chair of the Green party in the 1980s. She first stood for elected office in 1993 for Oxfordshire County Council, winning the Greens’ second ever council seat. She became the Green MEP for South East England in 1999. While she was an MEP, Lucas was arrested when protesting Britain’s Trident nuclear programme. She was re-elected to her MEP seat in both 2004 and 2009. Following her second re-election, Lucas was arrested again, this time for protesting against fracking. She was elected as the leader of the Green Party in 2008 and went on to become the first Green MP. She won Brighton Pavilion from the Labour Party on a swing of 8.4 per cent and a majority of 1,252. Lucas has sat on the environmental audit committee since entering parliament – with breaks only for recesses and campaigning periods. Her majority has substantially increased since her first election – she won her seat by 19,940 votes in 2019. An active speaker in the Commons, Lucas has been critical of the governments covid-19 provisions – when debating the covid-19 winter plan, Lucas asked, “Will the Secretary of State learn the lessons from countries where compliance with self-isolation is much higher, pay people more where necessary, offer hotel accommodation if needed, and fix the app so that people told to self-isolate via the app can now qualify for support?”