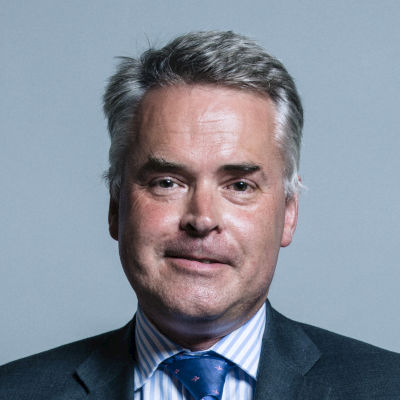 Member of Parliament for East Worthing and Shoreham
7474
Majority

Tim Loughton is the MP for East Worthing and Shoreham. He grew up less than 20 miles from his constituency. The son of a clergyman, Loughton was state-educated and joined the Conservative Party as a teenager. He became Chairman of his Local Young Conservative Association aged 16, the year before Margaret Thatcher became Prime Minister. Thatcher, incidentally, is the historical figure who Loughton says most inspired his career. After university, (Loughton studied Archaeology and describes himself on Twitter as a “sometime archaeologist”), he worked in the City as a fund manager, while partaking in politics as a Conservative candidate for Wandsworth Council in 1990 and Vice Chairman of Battersea Conservative Association (1990-1993). In the 1992 General Election, Loughton ran unsuccessfully in Sheffield Brightside against David Blunkett. In 1995 he was selected as the Conservative Candidate for the newly created East Worthing and Shoreham constituency. Loughton voted leave in the 2016 EU Referendum and has been vocal about his disappointment in the delays and dilution of the Brexit process. He wrote to his constituents in March 2019, “Under no circumstances will I betray the voters who participated in the Referendum (the largest vote in the history of British democracy) …. We must leave the EU in a matter of weeks, deal or no deal.” As Children’s Minister, Loughton was known for the 2010 scrapping of ContactPoint, a government database of more than 11 million vulnerable children. Loughton wrote of this decision, “[ContactPoint] fuelled a belief that complying with procedures and entering data on the system, rather than the effectiveness of what then ensued, brought protection.” Since moving to the backbenches in 2012, Loughton has continued to campaign for child protection, from backing the Family Reunification Act, to chairing a cross-party inquiry into Children’s social care.