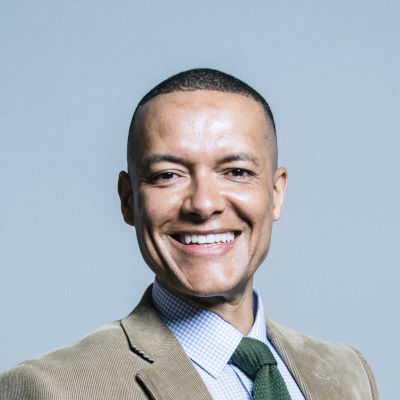 Clive Lewis is the Labour MP for Norwich South, a seat he has held since 2015. Lewis grew up in Northampton and was the first member of his family to attend university, studying economics at Bradford. Subsequently, he entered the BBC and would eventually become the main reporter on Politics Show East. In 2006, Lewis joined the Territorial Army and in 2009 served a three-month tour of duty in Afghanistan. Winning Norwich South from the Liberal Democrats on a 10.6 per cent swing six years later, Lewis sat on the public accounts committee upon entering parliament but quickly rose to shadow energy minister and then shadow defence secretary in 2016. Lewis assumed the role of shadow business secretary soon after but resigned in February 2017 in order to vote against triggering Article 50. In January 2018, he returned to the Labour front bench as a shadow minister for sustainable economics and was re-elected in 2019 with a large majority. Progressive on climate change and other environmental issues in collaboration with Green’s Caroline Lucas, he also chairs the all-party parliamentary group on race and community.