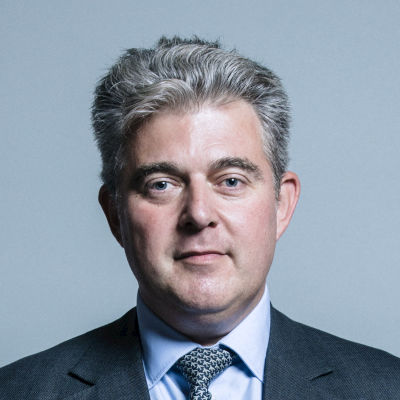 Born near London, Brandon Lewis attended the University of Buckingham, where he read economics and law. Before his election as an MP, Lewis was a local councillor on Brentwood Borough Council, eventually rising to become the party’s group leader in 2002 and leader of the council in 2004. During this time, he presented a radio show with the local MP Eric Pickles. He first stood for parliament at the 2001 general election, unsuccessfully contesting Sherwood. At the 2010 general election, Lewis was elected as the Conservative MP for Great Yarmouth, defeating the incumbent Labour MP Tony Wright on a swing of 8.7 per cent. Since entering parliament, Lewis has held a number of frontbench and committee roles. He was a member of both the work and pensions and the regulatory reform committee from 2010 to 2012 and sat on the speaker’s committee on the electoral commission from 2013 to 2015. In 2012, Lewis was made parliamentary under-secretary in the department for communities and local government, followed by minister of state for communities and local government in 2014. He has held three roles in the home office – first minister of state for policing and the fire service, then for immigration, and from 2019 to 2020, minister of state for the home office. Lewis was made minister without portfolio in the cabinet office in January 2018, when he was appointed by Theresa May as Conservative party chairman. He was appointed secretary of state for Northern Ireland in February 2020.