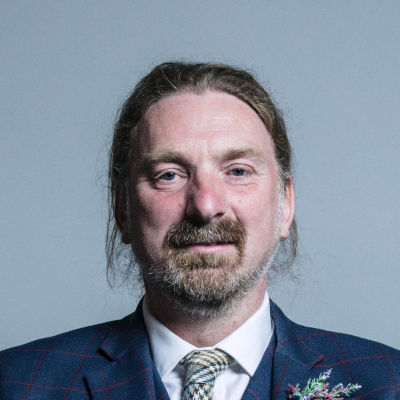 Chris Law has had a unique career trajectory: he trained as a chef before studying cultural and social anthropology. After graduating, Law toured visitors around the Himalayas on motorbikes for ten years before returning to Scotland and becoming a financial adviser in Dundee. Law led the pro-independence campaign Spirit of Independence in which he toured Scotland in a refurbished Green Goddess fire engine during the 2014 independence referendum campaign. Following his election, he joined the Scottish Affairs Committee. Law has been outspoken about several foreign affairs issues, signing a letter condemning the Spanish government’s handling of the Catalan independence movement. He was denied entry to Myanmar after his public condemnation of Aung San Suu Kyi. Law visited the Tibetan administration in exile to speak in favour of the region’s independence from China. In 2017, he became the SNP spokesperson on climate justice and international development. He sits on the international development committee and the committee on arms export controls. Law is co-chair of the APPGs on Tibet and on video games; and is chair of the All-Party Motorcycling Group. He is a member of the CND and supports drug law reforms such as decriminalisation.