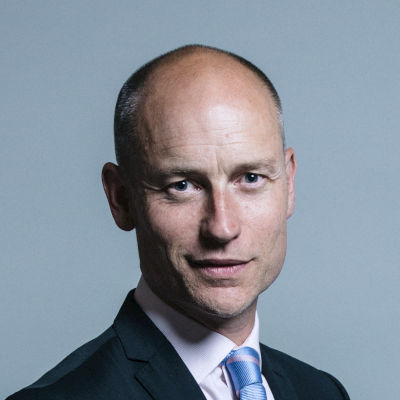 Member of Parliament for Aberavon
10490
Majority

The political hinterland is strong for Stephen Kinnock, not only on account of his father, the former Labour leader and now ermine-clad Lord Kinnock, but also his mother (an MEP from 19994 to 2009) and his wife who was prime minister of the Kingdom of Denmark. After continued criticism of Jeremy Corbyn leaving him on the backbenches, the advent of Keir Starmer’s leadership resulted in Kinnock’s first frontbench role as shadow minister for Asia and the Pacific. Kinnock sits on three select committees relating to European scrutiny, the future relationship with the EU and European statutory instruments. An ardent europhile, Kinnock had a brief stint as a research assistant at the European Parliament. He subsequently joined the British Council, serving in several positions including as office director in St Petersburg and Sierra Leone. His most recent job before his arrival in Westminster was with the World Economic Forum in Geneva where he was head of Europe and Central Asia. Kinnock is an honorary associate of the National Secular Society. In 2020, Keir Starmer was said to be “infuriated” with Kinnock over his comments criticizing the Israeli state at a time when Starmer was attempting to eject all anti-Semitic influences in the party.