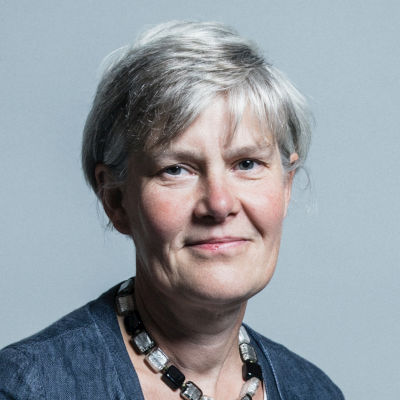 Member of Parliament for Stretford and Urmston
16417
Majority

Kate Green worked in banking for the first 15 years of her career. She was later a director of the National Council for One Parent Families, chief executive of the Child Poverty Action Group and a member of the London Child Poverty Commission. Green also served as a magistrate for 16 years. She joined the Labour Party in 1990. As an MP, Green joined the Work and Pensions Committee, before becoming shadow equalities minister. In 2013, she became shadow minister for disabled people and in 2015 became shadow women and equalities minister, resigning in 2016 in protest of Jeremy Corbyn’s support of the decriminalisation of the sex industry. Green subsequently became chair of Owen Smith’s Labour leadership campaign. She has been vice chair of the Labour Party’s National Policy Forum and the chair of the Women’s Parliamentary Labour Party. Green was previously chairman of both the Committee on Standards and the Committee on Privileges, appointed to both positions in 2018. Green is a member of GMB and Unite, as well as the Fawcett Society, the Fabian Society (where she was chair from 2016 to 2018) and CPAG. She has been a trustee of the Friends Provident Foundation, the Institute for Fiscal Studies, the Families and Parenting Institute and End Child Poverty. In 2020, she was appointed secretary of state for education. She is currently chair of the APPG on gypsies, Roma and Travellers; migration; and women in the penal system. Green holds an OBE for “services to welfare work” which she was awarded in 2005.