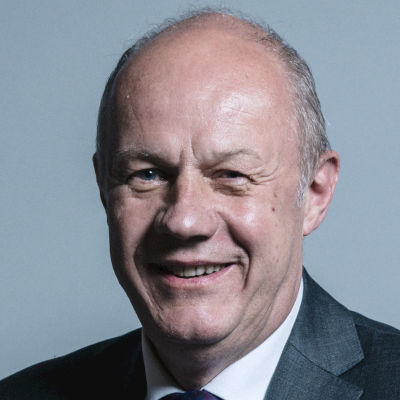 Member of Parliament for Ashford
24029
Majority

Damian Green studied PPE at Oxford, where he broke his wrist after being thrown in the River Cherwell by fellow students, including (allegedly) his later cabinet colleague Dominic Grieve. He became a finance and business journalist for the BBC, Channel 4 and The Times. In 1992, he joined John Major’s Policy Unit. In opposition, Green served as shadow secretary for education and then transport. From 2010, Green held several ministerial positions at the Home Office; as police minister he increased partnerships between police and the private sector; as immigration minister, Green eased immigration for “those who have the most to offer”. In 2017, Green was appointed first secretary of state and minister for the cabinet. That year, an inquiry was launched into allegations that Green had sent suggestive text messages and touched the knee of an activist. Amid other revelations (police found pornography on his Commons computer), Green left the government. He has regularly claimed the maximum food expenses claim of £400 and claimed for the interest on his mortgage, council tax and phone bills. In 2020, Green joined the Digital, Culture, Media and Sport Committee and its sub-committee on online harms and disinformation.