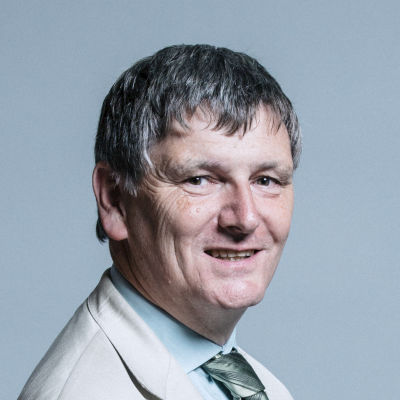 Peter Grant trained as a physics teacher and then qualified as an accountant, working in public sector finance. Grant has been a member of the SNP since 1987 and in 1992 became a councillor in Glenrothes, serving on the council for 23 years, including for five years as council leader. He first stood for election to the Commons at the 2008 Glenrothes by-election but was beaten by Labour’s Lindsay Roy. During the campaign, he predicted that due to “homesickness”, he would spend minimal time as an MP – predicting the advent of an independent Scotland. He successfully contested the seat again in the 2015 election and stepped down from the council. Since becoming an MP, Grant has served on the European Scrutiny Committee, the Consolidation Bills Joint Committee and the Committee on Exiting the European Union. In 2017, he called for electronic voting to be introduced in the Commons. His wife, Fiona, is a GP and long-time SNP councillor. He has previously served as the SNP spokesperson on Europe. In January 2020, he became the SNP’s shadow chief secretary to the Treasury. Grant is an ambassador for Breast Cancer Now.