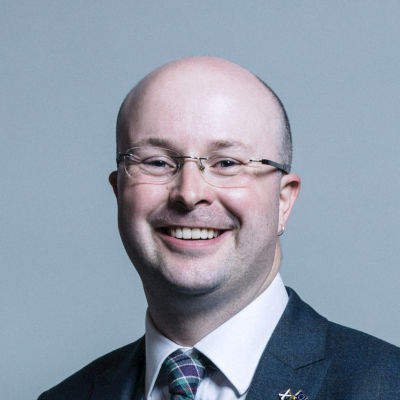 Patrick Grady joined the SNP aged 17. From 2011 to 2015, he was an advocacy manager for the Scottish Catholic International Aid Fund and lived for a time in Malawi. Grady first stood for the SNP in the constituency of Glasgow North in 2010, unsuccessfully. In 2012, he was elected as the national secretary of the SNP and headed the “Yes” campaign in the Kelvin area of Glasgow during the 2014 independence referendum. After his election as MP in 2015, he was appointed the SNP spokesperson on international development (serving until 2017) and became a member of the Procedure Committee. Since then he has also served on the Selection Committee, the Administration Committee, the Statutory Instruments Committee and the European Statutory Instruments Committee. In 2017, he was appointed as SNP chief whip in Westminster, a role he still holds. Like several other SNP MPs, Grady is also a member of Plaid Cymru. He lists maintaining the rights of EU nationals and protecting Britain’s place in the single market among his priorities. Grady has been a long term supporter of UNESCO and is vice chair of the UN APPG.