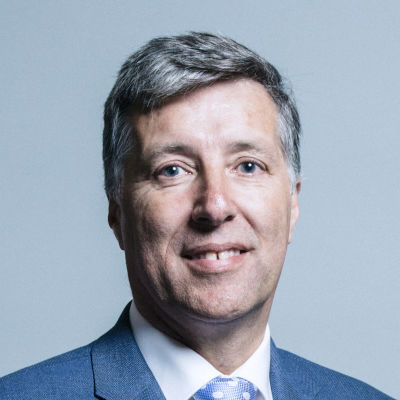 After some early local activism, Paul Girvan was elected to Newtownabbey Borough Council in 1997. He served as the council’s mayor between 2002 and 2004, and was elected to the Northern Ireland Assembly for the first time in 2003 representing South Antrim. Leaving the Assembly in 2007, he returned in 2010 being appointed as private secretary to the Office of the First Minister and Deputy First Minister and as chair of the Finance and Personnel Committee. During this time, he also sat on the Public Accounts Committee. Girvan was elected to the House of Commons in 2017, defeating the incumbent Ulster Unionist MP Danny Kinahan with a majority of 3,208. Shortly after his election he joined the Transport Committee and became DUP shadow spokesperson on both education and transport (roles he still holds in 2020). Girvan is a member of APPGs on adult social care and healthy homes and buildings. He is a member of the International Trade Committee. In 2019, Girvan voted against LGBT+ inclusion in sex and relationship education in schools, along with a minority of 21 other MPs. His campaigning has focused on finance, cancer treatment and other healthcare issues.