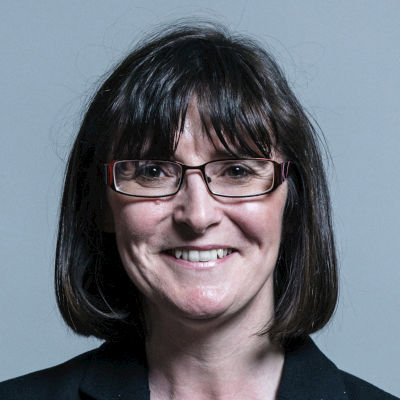 Patricia Gibson was born in Glasgow. She was an English teacher for 20 years before being elected to Glasgow City Council. During this time, Gibson served as the SNP’s education spokesperson on the council until 2012. Gibson first stood for parliament in the 2010 general election but failed in her bid to win North Ayrshire & Arran from the Labour Party. Gibson made a second attempt to take the seat in 2015 and this time, amid an SNP landslide, she was elected with a majority of 13,573 on a remarkable swing of 23.3 per cent. Soon after, she joined the Backbench Business Committee and became the SNP spokesperson on consumer affairs. She was re-elected at the 2017 general election with a much-reduced majority. Gibson is a member of APPGs on poverty, loneliness, baby loss, freedom of religious beliefs and HELMS. From 2015 to 2017, she was on the Procedure Committee. In 2020, she called for the abolition of the House of Lords pointing out that Iran is the only other sovereign country with representation reserved for the clergy. Gibson concluded that the Lords is “unrepresentative of and unaccountable to the general UK population”.