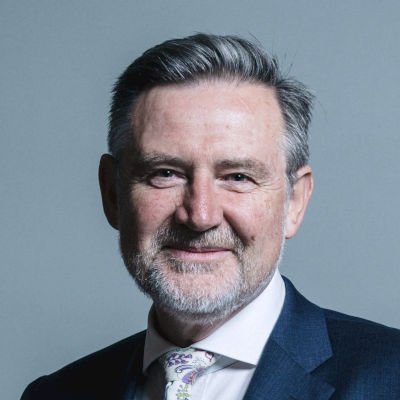 Glasgow-born Barry Gardiner is a former councillor and city mayor (from 1992 to 1994) of Cambridge. As MP, Gardiner joined several committees, including the procedures and the energy and climate change committees. In 2004, Gardiner became parliamentary under-secretary at the Northern Ireland Office, later serving in the same role at the DIT and Defra. After 2010, Gardiner served as shadow environment minister and then shadow energy and climate change minister. He supported Hinkley Point C nuclear power station, refuting suggestions of security threats from China’s involvement in the project. In 2016, Jeremy Corbyn promoted Gardiner to the shadow cabinet as shadow energy secretary and later shadow international trade secretary. In 2017, he accused Boeing of being a“subsidy junkie”, suggesting the airline was trying to crush a competitor. In early 2020, Gardiner became a late, surprise entrant to the Labour leadership race, reportedly at the urging of Unite boss Len McCluskey, dropping out after 24 hours to become a backbencher. In 2020, he received the prestigious Indian Padma Shri award for services to public affairs. He was criticised for attending BLM protests which did not comply with social distancing regulations.