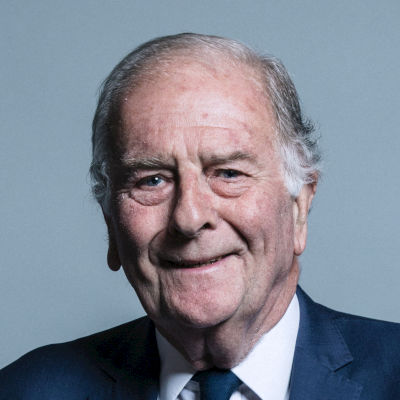 Sir Roger Gale joined the Conservative Party in 1964, becoming vice chairman of the Conservative Association in Holborn and St Pancras in 1971. In 1983, he defeated Cherie Blair to represent North Thanet, a seat he has held ever since. In parliament, he has served as a secretary to two successive ministers of state for the armed forces. During Iain Duncan Smith’s leadership of the Conservatives, he was a vice chairman of the party. He is a founding member of Conservative Animal Welfare, a cause he remains active on. Gale is a member of the Ecclesiastical Committee and is the longest-serving member of the Speaker’s Panel of Chairmen, which prevents him sitting on any select committees. Having voted remain, he is currently the leader of the British delegation to the Parliamentary Assembly of the Council of Europe. In 2016, he was nominated for “Grassroots Diplomat” for campaigning to save a local airport in his constituency. Gale was knighted in 2012 for public and political services. In 2019, he was appointed to the Privy Council. Gale is a member of three unions: the NUJ, Equity and BECTU and was a long-serving president of the London branch of the Conservative Trade Unionists. In 2020, shielding due to a long-term health condition during the coronavirus pandemic, Gale called for virtual attendance for clinically vulnerable MPs in parliament. Gale was reported to House of Commons authorities after co-signing a letter alongside Conservative colleagues to prominent judges in support of Charlie Elphicke. Gale’s favourite parliamentary dining room is the Member’s Tea Room, where he reads whichever papers are lying around.

Is there a piece of music that it especially meaningful to you?

“I vow to thee my Country” because I am very traditional and “River Deep, Mountain High” for my wife.

Being assaulted by Max Clifford on “Kilroy”!

Most disappointing moment in the Chamber?

Failing to defeat Sunday Trading in 1994