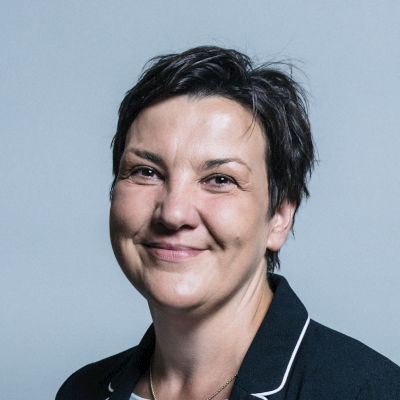 Member of Parliament for Gower
1837
Majority

Raised in Llanelli, Tonia Antoniazzi has pronounced that the “Gower is and always will be my first priority”. After leaving university, she “ended up teaching because the postgraduate course meant that [she] could still play rugby on Wednesday afternoon.” For three years, Antoniazzi played for the Welsh national team, earning nine international caps, the last of them in 1999. Antoniazzi had become the head of languages at a Llanelli comprehensive school by the time she joined parliament. In her 2017 maiden speech, she outlined her Italian immigrant roots: she is “from the family that came over to make ice cream and run cafés”. Antoniazzi was appointed as PSP to the shadow Wales and Northern Ireland secretaries, but resigned in 2018 to vote in favour of the UK remaining in the single market. Antoniazzi is a member of various APPGs including the group for Rugby Union. She has served on the women and equalities committee. In 2019, Antoniazzi advocated for medical marijuana use by “all who need it”. In the same year, she suggested that 5G technology had carcinogenic effects. Since 2020, she has been on the petitions and Welsh affairs committees.