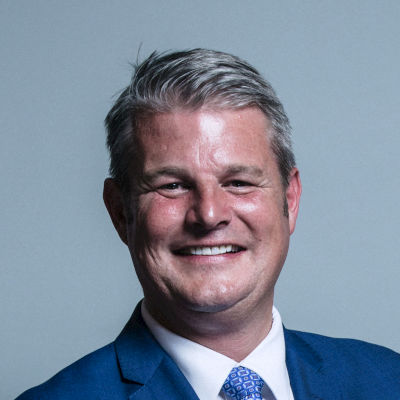 Member of Parliament for Pudsey
3517
Majority

Stuart Andrew has been Treasurer of HM Household – deputy chief whip of the House of Commons – since February 2020. Prior to this role, he was assistant whip, parliamentary under-secretary to the Wales office, minister for defence procurement, and most recently the vice-chamberlain of the household. Andrew began his political career as a Conservative councillor in Wrexham in 1995. He unsuccessfully contested Wrexham for the party in the 1997 general election and defected to the Labour Party in 1998 over concerns about the Conservatives’ direction. Andrew later re-joined the Conservatives and was elected to Leeds City Council, before becoming the MP for Pudsey in 2010. Andrew is gay and a patron for LGBTory: he memorably recounted a time, during the debates on the Marriage Act in 2013, when he was attacked “because of who and what I am”. A dyed-in-the-wool Brexiter, Andrew supported Boris Johnson’s candidacy for Conservative leader. He is passionate about environmental protection, and in November 2020 welcomed the news that West Yorkshire Combined Authority is to receive funding from the Government’s Active Travel Fund. Andrew commented, “many of us have rightly tried to avoid public transport in recent months, and therefore we have seen a fantastic increase in the number of people opting to walk or get on their bike when moving around. I am delighted that West Yorkshire will benefit from this additional funding to make our local area more bike and pedestrian-friendly”. As well as being deputy chief whip, Andrew currently sits on the committee of selection.