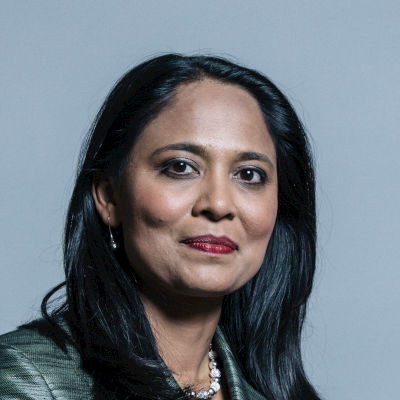 Member of Parliament for Bethnal Green and Bow
37524
Majority

Rushanara Ali has been recognised as a persistent trailblazer. Born in Bangladesh and raised in Tower Hamlets, she was the first person in her family to go to university, studying PPE at Oxford. Ali worked initially as a research assistant to the social activist Michael Young, helping to found Language Line, an interpretation service. From 1999 to 2002, she was an anti-discrimination research fellow at the Institute of Public Policy Research and subsequently communities director at the Home Office, leading a conflict resolution programme designed to quell tensions following the 2001 riots. In 2010, Ali became the first person of Bangladeshi origin to become an MP. She has served on the treasury, energy and housing committees, and chaired APPGs on democracy in Burma and philanthropy and social investment. Ali was shadow education secretary from 2013, but resigned in order to abstain on a motion to allow military action against so-called Islamic State. Ali is commissioner on the London Child Poverty Commission and has written for media outlets calling for improved diversity in politics. Ali supported Owen Smith in his unsuccessful bid for leadership, and nominated Keir Starmer for Labour leader in 2020.