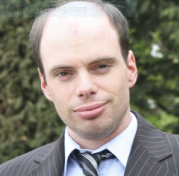 Sallux is the political foundation for the European Christian Political Movement (ECPM), a pan-European association that welcomes like-minded think tanks as members. Sallux means “Salt and Light” (reflecting Matthew 5: 13-14). The work of Sallux challenges vested interests and status quo politics. Its approach is to confront present issues from a perspective which is inspired by Christian-democratic ethics and other traditional values such as Catholic Social Teaching, Reformational philosophy, social teaching based on Orthodoxy and the Evangelical approach as described in the Lausanne declaration. Sallux believes in a relational approach to all fields of policy because they understand humans to be relational beings.

According to their philosophy, life is relational as we depend on one another and on the environment. Sallux highlights that the EU itself is a pact which aims to foster cooperation and protection from issues that are shared by member countries. It therefore aims to shift mindsets further towards communal and cooperative thinking, with the intention of bridging differences, finding common ground and allowing all stakeholders to have a place in shaping the present and the future. The fundamental belief being that common human dignity and fundamental freedoms can lead to a better Europe.

Sallux also works to apply the principle of human dignity beyond Europe, as its philosophical approach identifies Europe’s challenges as global challenges. The organisation is therefore tasked with connecting those who are suffering with those who have influence over policy. It promotes a relational stakeholder-economy and foreign affairs which are based on human dignity and fundamental freedoms as being beneficial for Europe, as Europe will become safer and its taxpayers will be better off if these principles are applied to EU governance. Sallux does not work in isolation; it works with like-minded think-tanks, NGOs and individual politicians from across the world. Together with partners and members inside and outside of Europe, it connects ideas and stakeholders on issues with decision-makers. It considers this to be a way to work together looking beyond ideological differences and in doing so realise its vision for European society.