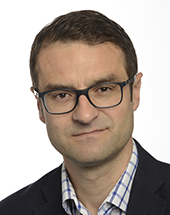 New Direction foundation was established in 2010 by Baroness Margaret Thatcher as the intellectual backbone of the European Conservative movement. Over the last decade, New Direction has grown to become a leading voice in the campaign for European reform, and a fierce promoter of the liberal conservative alternative to the status quo.

With dozens of events, and hundreds of publications every year – New Direction offers credible alternatives and practical real-world solutions for policy makers to adopt in order to push an agenda of European reform for a better future.

Today, New Direction stands at the head of a global coalition of think tanks and foundations, defending liberal conservative principles such as the free market, free trade, rule of law, national sovereignty, strong defence, a rules-based international order, and centrality of the family in everyday life.