Housing First can end rough sleeping once and for all 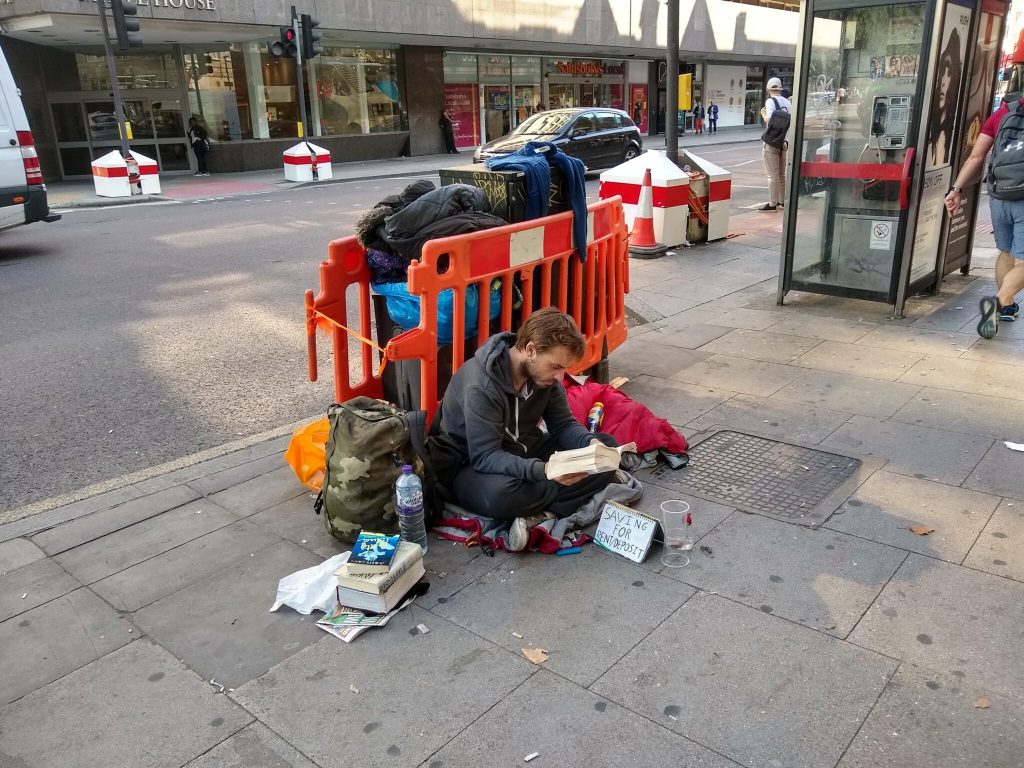 Homelessness remains a stain on society. One policy can end it, argues Brooks Newmark.

Homelessness, and rough sleeping in particular, remains a blight in our society. If the Government is seeking to “level up” the country then there is no better place to begin than with those at their lowest ebb – rough sleepers.

I have been engaged in the sector for over 30 years, usually as a volunteer, helping out either on the streets at a soup kitchen or at a hostel. I have always believed that there is no reason why a country as wealthy as ours cannot end rough sleeping once and for all. In 2016, with the support of the Centre for Social Justice, Crisis and a Panel of Experts from the sector, which I chaired, I began to work on trying to find a more permanent solution to what looked like the endemic problem of rough sleeping.  We looked at best practices in the UK, the US and Europe. In particular, we focused on Finland’s ‘Housing First’ programme, which had all but eradicated rough sleeping.

Housing First, does not set preconditions to housing, but recognises that many long-term rough sleepers have what are referred to as ‘complex issues’ (usually a combination of mental health problems, family breakdown and addiction). What Housing First in essence offers rough sleepers is a permanent home with some form of support to help them address the issues they face.

In 2017 with the support of the CSJ, we produced a report ‘Housing First: Housing-led Solutions to Rough Sleeping and Homelessness’. The report recommended that the Government consider developing a nationwide Housing First program as a key instrument to eradicate long term rough sleeping. With evidence from the Joseph Rowntree Foundation we showed that for every £1 spent on providing Housing First support for rough sleepers the Government would save about £2.40 (through emergency healthcare and other areas), in addition, of course, to providing dignity and a better future for rough sleepers.

The then Housing Secretary Sajid Javid read the report, visited Finland, and was so impressed with Housing First that he recommended to the Prime Minister and the Chancellor that we pilot the scheme in Liverpool, Manchester and the West Midlands. The Government invested £28m in those three pilots. After three years, they have already helped over 550 individuals off the streets and into permanent accommodation and, equally importantly, almost nine out of ten individuals have sustained their tenancies, having in the past been unable to do so.

This week the CSJ have produced a follow-up report ‘Close to Home: Delivering a National Housing First Programme in England’ (homelessness is a devolved matter). Following the evidence from the pilots, the CSJ report recommends to the Government that they roll out a national Housing First Programme. The report has identified about 16,450 people who suffer from a combination of homelessness, mental health issues, drug or alcohol dependency and related behavioural issues, and calls for a three-year investment of approximately £150m a year to provide Housing First support for the above cohort. The savings estimated are more conservative than in the 2017 report, but still come out at £1.56 savings to the Government for every £1 spent.

The ‘Everyone-In’ programme, initiated at the start of the pandemic by Housing Secretary Robert Jenrick and then Homelessness Tsar Louise Casey, has housed almost 30,000 individuals. It has also demonstrated that with the right political will we can quickly and effectively address the issue of rough sleeping as well as save lives – which the ‘Everyone-In’ scheme certainly did.

However, as a recent National Audit Office report has pointed out, there is already evidence that some who benefitted from the ‘Everyone-In’ programme are already returning to the streets and rough sleeping. Many of these individuals fit the profile for needing Housing First support. As the furlough scheme unwinds and the ‘Everyone-In’ support scheme ends, there is a risk the trickle of individuals returning to the streets escalates throughout 2021.

The Government has committed to ending rough sleeping by the end of 2024. Working with local government and the voluntary sector, the Government should continue to build on excellent programmes like the Rough Sleepers Initiative and the Housing First pilot schemes in Liverpool, Manchester and the West Midlands by rolling out Housing First nationally.

If the Government wishes to level up society, there is no better place to begin than at the bottom, by providing permanent housing, support and dignity for rough sleepers – Housing First offers them a golden opportunity to do so.

This article first appeared on CapX with the headline: “Roll out Housing First nationally, and we can end rough sleeping once and for all”.